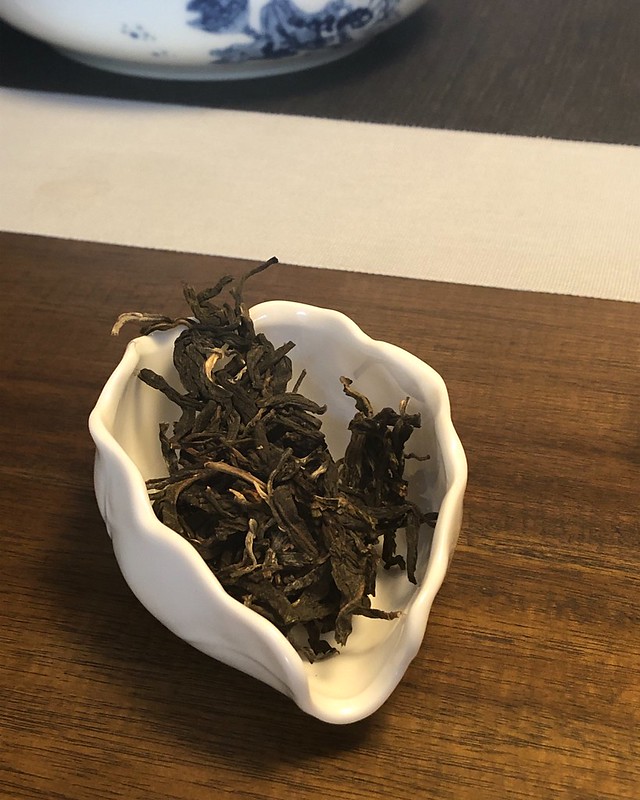 I am not a tea expert.

I know that for many who know me, that statement seems surprising. I mean, I blog a lot about tea. I review and taste teas for my posts and often share my opinions. I’ve even written an entire series of posts presuming to teach you something about tea practice. But I still consider myself an enthusiastic amateur.

That said, I am often thought of as “the tea expert” (or, probably more accurately, “that weird tea lady”) by my friends, family, and acquaintances. I joked over the holidays to a family friend who struck up a conversation about tea that I know just enough about tea that everyone is too concerned that I’m judging them to offer me tea, kind of like being the chef that no one will invite over for dinner. And over the hospitable season, I’ve had more than one person remark that they don’t have a tea “that is up to your standards.” Which is part of why my Tea Primer starts with tea bags. Because I don’t look down on tea bags. Do I think there are more delicious options? Sure. But if you like them, you do you. And you will pry my half-sweet oolong milk bubble tea from my cold, dead fingers.

But as I’ve settled into my tea-blogging niche, I’ve thought a lot about how to communicate my love of tea to a broader audience, and the subject of expertise comes up a fair amount. I’ve toyed with the idea of some sort of formal tea education course or credential, like a Tea Sommelier certification, but it seems like a lot of money for a title that is controversial at best. Ultimately, while it would be fun to be seen as an expert, no amount of certification is ever going to alleviate what could charitably be called “perpetual beginner’s mind” and perhaps uncharitably called “imposter’s syndrome” when it comes to my knowledge of tea.

That said, I love learning and I am constantly striving to expand my knowledge of how to enjoy tea. So to this end, I decided to take a tea class from Victoria at MeiMei Fine Teas, a tea company based near me in Northern Virginia. I was thrilled when I found out that such a knowledgeable tea person lived so close to me and was willing to share her knowledge in classes! I signed up for two classes, one focusing on puerh and one focusing on oolong. This past Sunday, I attended the puerh class where I met some lovely tea-lovers and learned from such a graceful and wise teacher, who also happens to be incredibly nice!

The puerh class started with tea. Victoria brewed up two different sheng (or raw) puerhs, one from a cake and the other rolled into a dragon ball. The dragon ball rolled tea was amazingly sweet and right away, I knew this was going to be a better introduction to puerh teas than I could manage on my own because I was getting to taste much nicer teas than I could afford to buy all on my own! It was interesting that we started by tasting before Victoria started presenting her slides on Yunnan province, the growing, harvesting, and processing of puerh, and some notes on tasting. She intermixed the slides with tastings of various teas so that the slides felt like a break, and she paced them to always be relevant to the teas we were tasting. We tasted six sheng puerhs, ranging in age from a few years old to over two decades old, in order to see how the tea changes. I also got to learn the difference between sheng puerh and green tea, which was something I’d always wondered.

Only after we’d tasted a full range of ages of sheng puerh did she bring out the shu puerh. Because shu puerh processing was developed in the 1970s to speed up the sheng puerh aging process, it was interesting to see how the shu puerhs compared to the oldest of the sheng puerhs. It was particularly intriguing to see how the color of the sheng puerh changed with age. That said, I think my favorite moment was when we tried two teas side by side, one that was from a famous tea maker, and the other an unidentified cake from Victoria’s personal stash. The unidentified cake not only held its own against the famous cake, but it had the added interest of having a slight smoky flavor and aroma to it. It wasn’t as pronounced as a smoked tea, but it definitely had a note of pine smoke, similar to some whiskies that I enjoy. Upon noticing this, Victoria explained that puerh is processed by firing it in woks to kill off some of the compounds that cause oxidation, and sometimes tea processors heat this woks over wood fires, which allows a smoky note to get into the tea.

After many hours of tasting and talking tea, I had to leave, which was sad, but I’m excited to take a future class and further expand my tea knowledge. And joining this group of people showed me how much I have yet to learn, plus I found that tasting teas with others, regardless of their level of knowledge, can help expand my own tasting notes. So I continue on my journey, tasting and learning, and enjoy those I meet along the way.

NB: Photo was taken by me and used with Victoria’s permission.