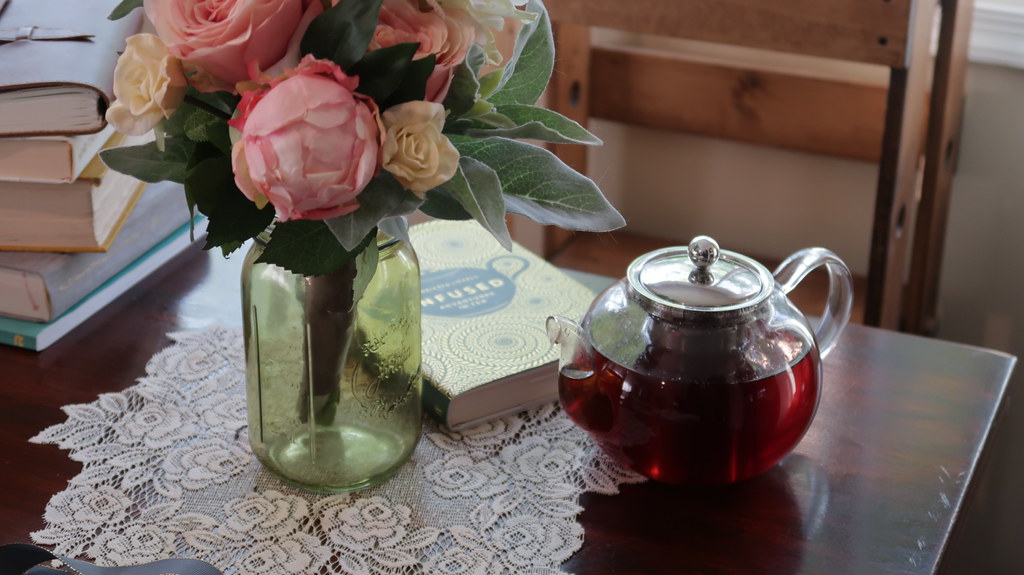 Today on Tea Together Tuesday, a delightful community tea prompt hosted by Tea with Jann and Tea is a Wish, the prompt is to share a tea or tisane that you did not used to like but now do. Of course, I knew I had to share my difficult relationship with rooibos.

I probably first discovered rooibos tea at Teavana in the 90s, so it was likely flavored and sweetened. Looking back, one of the most popular flavorings for rooibos is vanilla and I generally dislike vanilla-flavored teas, since the artificial-vanilla-scent reminds me of vanilla notes in perfume, which I also dislike (I prefer my scents based with wood, moss, or vetiver). Rooibos was just one of those things that I Didn’t Like. I even said as much when I was first contacted by brands offering me review samples and I quit my first tea subscription after accumulating nearly a dozen rooibos blends that I had no interest in trying.

But then I read the incomparable Henrietta Lovell’s book Infused and was enchanted by her description of the farms where she sources wild rooibos in South Africa. I’ve talked before about how reading her book certainly infused me with a desire to try all of the teas she discusses, and led to a somewhat large-ish order from the Rare Tea Company, including a pouch of the wild rooibos. After re-reading Henrietta’s book and chatting with some friends, I realized that I likely had never had rooibos steeped as strong as it needs to be. So when I received my tea, I steeped it strong, boiling it in water for five minutes, before straining into a mug. And I was floored by the woody complexity of flavors. It reminded me more of an Islay whisky than the cloying blends of my past.

That started a new habit of making either plain rooibos or rooibos boiled with spices every evening after dinner. It made a rich and comforting evening cup, without any caffeine. And soon, I had finished the 50-g packet that I had initially been concerned about buying since it seemed so large for a tea I probably would not enjoy. Now I had to buy more.

Since I had newly rediscovered my love of rooibos, I decided to try another company. I had long been intrigued by the principles of sustainability, stewardship, and conscience behind the company Arbor Teas, so I decided to include some of their organic rooibos in an order. And while I no longer drink it every night, I particularly like it on chillier evenings when most relaxing herbals feel a bit cooling. The brilliant auburn color and warm, woody texture make the perfect nightcap.

NB: Nothing to disclose. If you’re interested in collaborating with me, please read my contact and collaboration information.