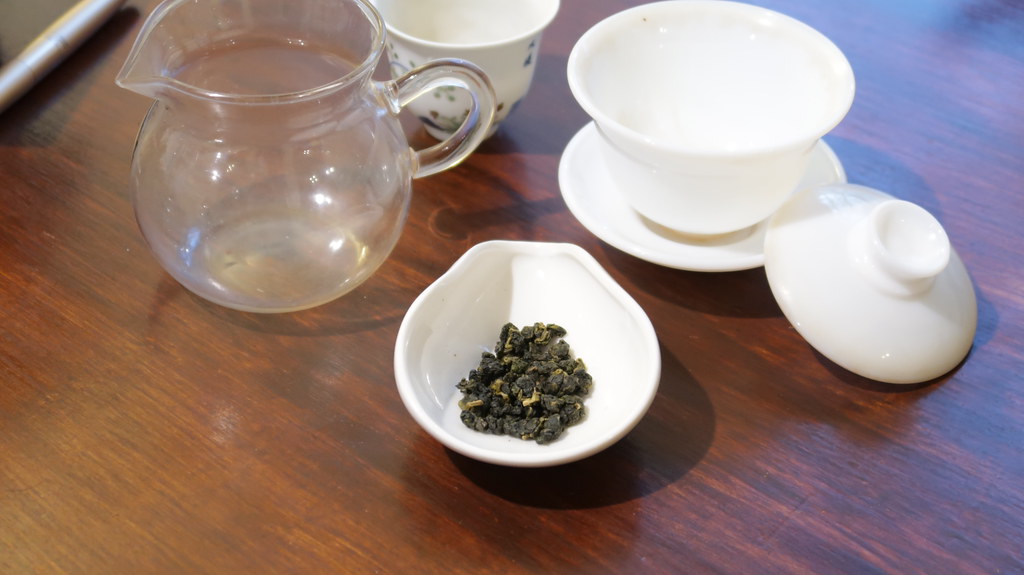 I am continuing my look at high mountain Taiwanese oolongs today with the Chi Lai Shan spring pick oolong from Mountain Stream Teas (this is a conventional oolong that doesn’t seem to be available on their site anymore, but is from the same mountain as their Missed Opportunity). This one is a bit of an odd person out, as it is the only tea in my order that was not harvested in the winter season, but I wanted to try a different mountain, and this seemed to be the only tea from this mountain I could find at Mountain Stream.

I used 5g in my 120-ml gaiwan with 212F water, as with the others. I warmed the gaiwan and then smelled the warm, dry leaf, detecting aromas of green vegetables and warm spice cookies. I did not rinse the tea.

The first steeping was for thirty seconds. The liquor was very pale in color and had a light creamy floral aroma. The wet leaves had an aroma of a muddled variety of green vegetables and a sweet, creamy floral. The texture was surprisingly milky with a light green floral flavor. It is interesting because in tasting teas from these three mountains, I’ve realized that there is a stark difference in texture among milky, creamy, and buttery. It’s been fascinating to try teas that seem to exemplify each. 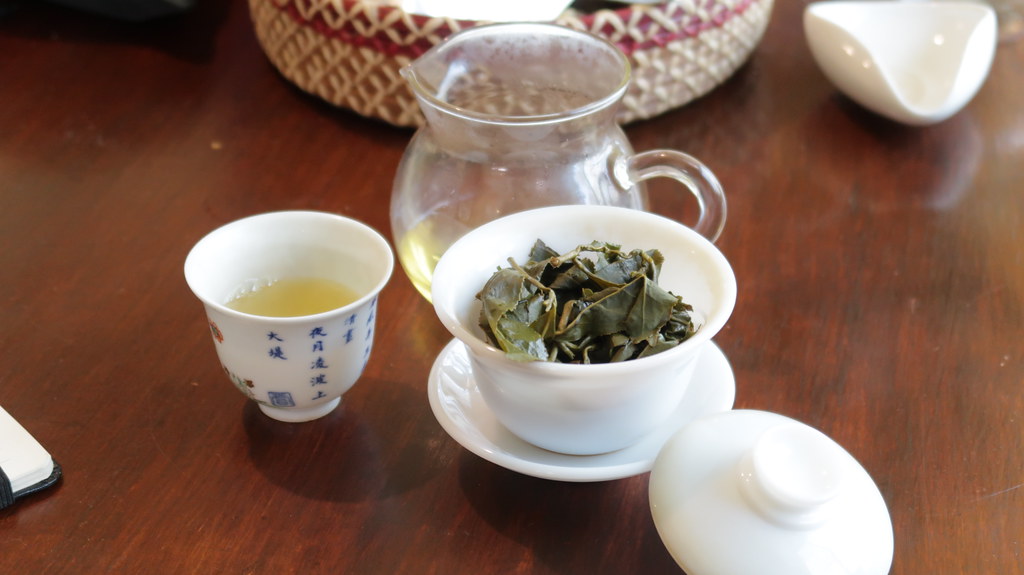 The second steeping was for forty-five seconds. The dominant aroma on the leaves was nettles and the dominant flavor was nettles. This steeping tasting strongly like nettle infusion, which I dislike, so I was a bit disappointed, personally. The third steeping, for sixty seconds, also had a nettle aroma on the wet leaf, but I also smelled something lightly coconutty, almost like sunscreen. The flavor was spinach or nettles and milk, so perhaps like a light spring green soup with milk.

The fourth infusion was for seventy-five seconds. The wet leaf brought out a gardenia aroma and it had the same milky texture. The flavor started developing a vegetal brightness with some creamy floral. The fifth infusion, for ninety seconds, had a gardenia-and-coconut aroma on the wet leaves that reminded me a bit of monoi oil. Over the course of five steepings, the liquor color developed from nearly colorless to a bright chartreuse. The milky texture and green flavor persists.

On the sixth infusion, for two minutes, I noticed the aroma and flavors fading. The aroma had the same monoi aroma as the previous infusion, if lighter. At this point, I decided the tea had given its best and finished the session. So far, the primary distinction I’m seeing among the mountains I’ve been tasting has been in the texture of the tea. I’m glad that I’ve started listening to the Floating Leaves Tea Podcast and have had more education about evaluating tea by texture, rather than just taste and smell, because it is apparently an important layer of complexity.