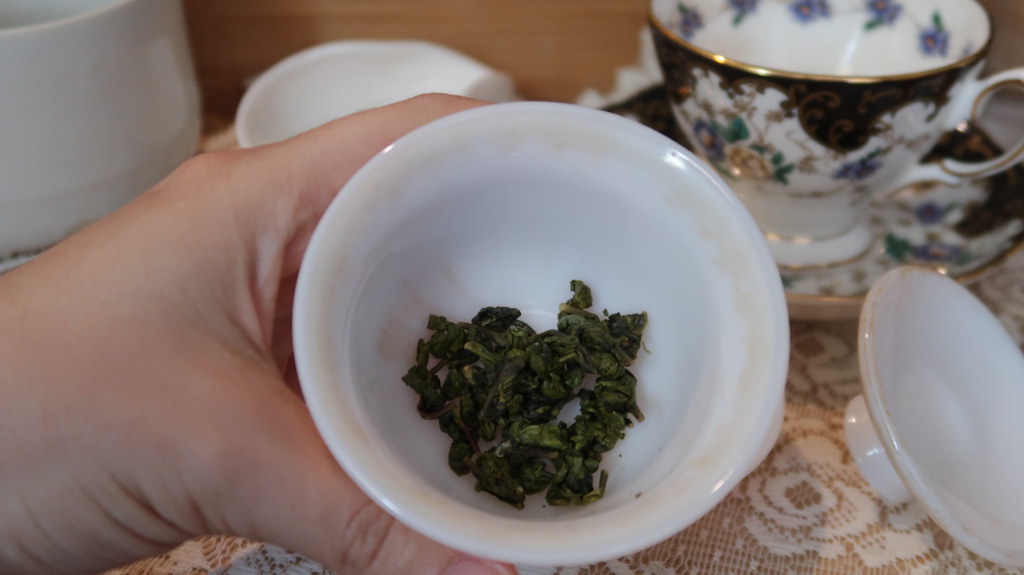 Recently, I decided to place a biggish order from my two favorite shops for Taiwanese teas in an effort to expand my knowledge of Taiwanese high mountain oolongs. So over the next few weeks, Tasting Tuesday will focus on the different teas I chose. This week, I’m starting with Mountain Stream Teas’ Snow Pick Pear Mountain (Lishan), which is both a new mountain for me, and my first experience with snow-picked tea.

I used 5 grams in a 120-ml porcelain gaiwan with 99C water. After warming the gaiwan, I warmed the leaf and the aroma of the warm, dry leaf gave off aromas of freshly baked sugar cookies. I went right into steeping with no rinse.

The first infusion was for thirty seconds. The wet leaves smelled powerfully vegetal and also had a strong honey aroma. The liquor was a bright green-yellow with no aroma. The flavor was very light, but the mouthfeel was creamy, smooth, and full. There was a faint vegetal sweetness and a distinctly sweet aftertaste. As I sipped on it, the flavor developed bright juiciness and a creamy floral aftertaste. 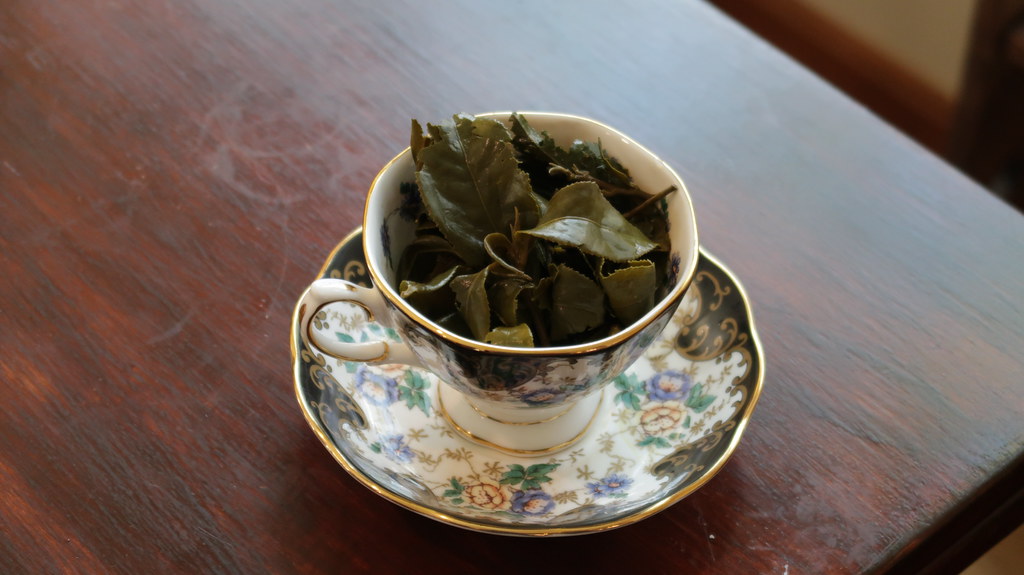 The second steeping was for forty-five seconds. The wet leaf smelled of spinach and honey and the liquor smelled similar. It was the same color as the first steeping. It had a bright vegetal tartness on the first sip, with the texture of tea with cream and honey in it. There was a light wildflower honey sweetness and a floral aftertaste. I could also get a lot of floral from the retronasal aroma.

The third steeping was for a minute. The wet leaves still had a green and honey aroma. The texture took on a more savory quality, almost like soup, with a light sweetness. I was reminded of a cream soup of sweet fresh spring vegetables, or fresh peas in cream. It had what I called “that classic oolong florality” in the aftertaste.

The fourth steeping was for a minute and fifteen seconds and yielded the same silky smooth texture and same aromas. By the fifth steeping, for a minute and a half, I noticed the aroma fading, though the flavors were the same. The sixth and seventh steepings were both for two minutes each. I steeped a eighth time for two and a half minutes and a ninth time for three minutes. Over the course of these steepings, I noticed the flavors and aromas staying mostly the same, with varying levels of intensity. The bright, juicy, honey flavor and aroma was the dominant note, with a beautiful creamy mouthfeel. After nine steepings, I could tell this tea had more to give, so I tossed the leaves into a mug and continued to sip it grandpa-style throughout the rest of the day.