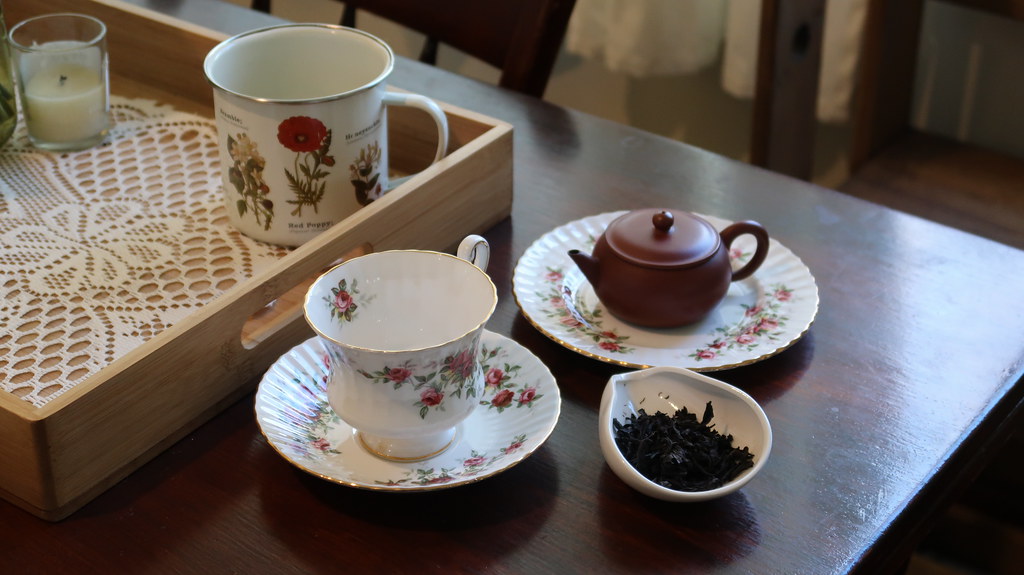 Today is my birthday. Now, I’ve never actually posted on my birthday on this blog, in the roughly five years that I’ve been writing in this space, merely alluded to previous celebrations. And this time last year, I was on an extended hiatus as I rediscovered my own self after giving birth. So I thought in lieu of a Tuesday Tasting, I would ramble a bit about this birthday, previous birthdays, and some things I’ve been thinking about as I get older.

Two years ago, less than a month after my 35th birthday, I found out I was pregnant again. By the time I turned 36, I was mother to a two-month-old baby and trying to figure out who I wanted to be. The aftermath of my postpartum experience upended a lot of things I thought about myself. I could barely move for a month (and when I did, it hurt). I didn’t sleep more than a couple hours at a time. I was depressed and anxious in ways I’d never experienced. I lived in robes and nightgowns, with the occasional soft maxi dress when I had to go out. And I had a small being whose every need depended largely on me. When I say becoming a mother was an ordeal, I mean that in the sense of a time when I was physically and emotionally dismantled and then redistilled into a truer form of myself.

I started this blog with a vague idea that it would be about vintage-inspired lifestyle and beauty, with a strong affinity for tea because, well, I have a strong affinity for tea. Eventually, I discovered both Korean skin care and gongfucha, which split the blog further into two seemingly-dichotomous paths. Since then, I’ve found myself converging on a tea-focused, historically-inspired lifestyle. I’ve learned about history bounding and started dressing in a way that can only be described as Edwardian hobbit witch. I’ve started mixing my gongfucha accessories with my vintage tea cups. In fact, one of my first comments on YouTube was from a semi-famous tea personality saying that he enjoyed my mixing of teaware styles and I’ve taken that to heart. I’ve come to realize that, once you find yourself responsible for the continued existence of a helpless tiny human, it doesn’t really bother you as much to think that someone might think you look odd on public transportation or sniff derisively at the “impurity” of your tea practice.

And then I’ve gone further. I’ve deepened the link between my tea practice and my love of all things historical by starting my historical tea sessions. I find it endlessly fascinating to research the sources I need to learn about how tea practice has grown, changed, and maintained its identity through the ages (kind of like me). I’ve also returned to a somewhat more minimalist, historically-inspired beauty routine. I like to think I’ve gone from VIB Rouge to VIB (very important buveur) Rou Gui 😉

As I’ve more thoroughly committed my blog to being first and foremost a tea blog, I’ve toyed with the idea of taking down some of my old posts, particularly beauty product reviews that have little to no bearing on my current beauty routine. But ultimately, these posts reflect how I’ve grown through the years, and deserve a place in my archives. Perhaps eventually my reviews of Deciem products will no longer vastly outperform literally everything else I write, but until then, if people are finding my blog because they’re curious about inexpensive Canadian skin care, so be it.

And anyway, I’ve maintained and cultivated friendships on social media with many of the beauty influencers whose blogs and Instagram feeds I read and love as a way to learn about new beauty products. Some of them have even applauded what they see as me finding my true niche in my tea nerdery. Most of them I’ve never met in person, but they’re truly friends of mine now. And I’m starting to cultivate similar friendships in the tea community. Among the tea-lovers, the tea-growers, and the tea-sellers, I’m learning more and meeting more amazing people to help increase my feeling of connectedness to the world without having to venture out of my introvert bubble (much).

At thirty-seven, I am weirder and more fulfilled than ever before in my life, and I have my wonderful blog community to thank for it.

2 thoughts on “Thoughts on My Thirty-Seventh Birthday”