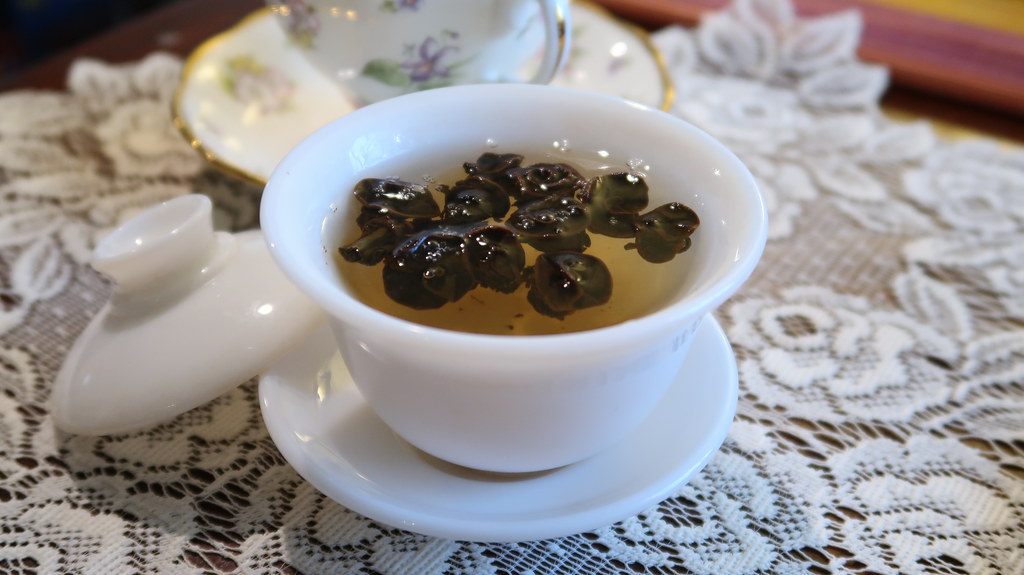 A little while ago, I was contacted by Lumbini Tea Valley, who offered me some samples for tasting. When they arrived, I was surprised by the variety, so I’ve decided to do the tastings a few at a time. Today, I’m going to share my notes on the fanciest of the teas I was sent: the Manjary Handcrafted tea flowers, the Silver Needles, and the Golden Tips. 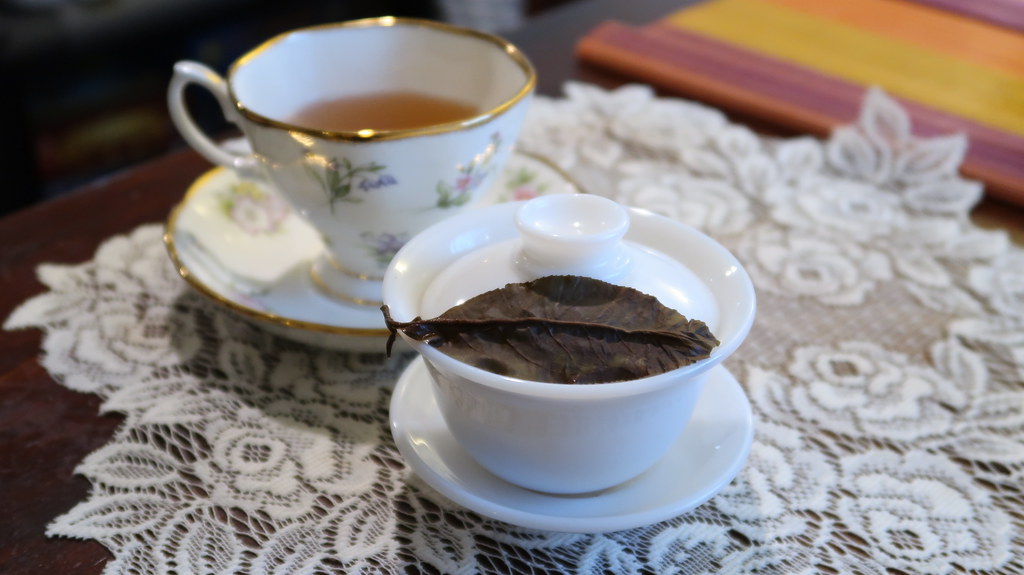 These are whole black tea leaves that have been hand-tied into beautiful little rosettes. I steeped them in gaiwan, using 2.4 grams in a 120-ml gaiwan, with boiling water. The first steeping was for thirty seconds, after which I was greeted with a pinkish-amber liquor that was surprisingly sweet. I got notes of wildflower honey, with a malty-raisin aroma on the wet leaf.

The second steeping, also for thirty seconds, revealed a smoky aroma on the wet leaf and roses on the gaiwan lid. The flavor had a mellow chocolate sweetness with a little dried fruit, like prune or date. The third steeping, for one minute, had the rosettes starting to unroll a bit, and revealed flavors of dried fruit and a little black pepper. By the fourth steeping, which went for two minutes, the leaves had thoroughly unrolled and the flavor had faded. The spent leaves were large, as you can see above, with a very uniform dark brown color. 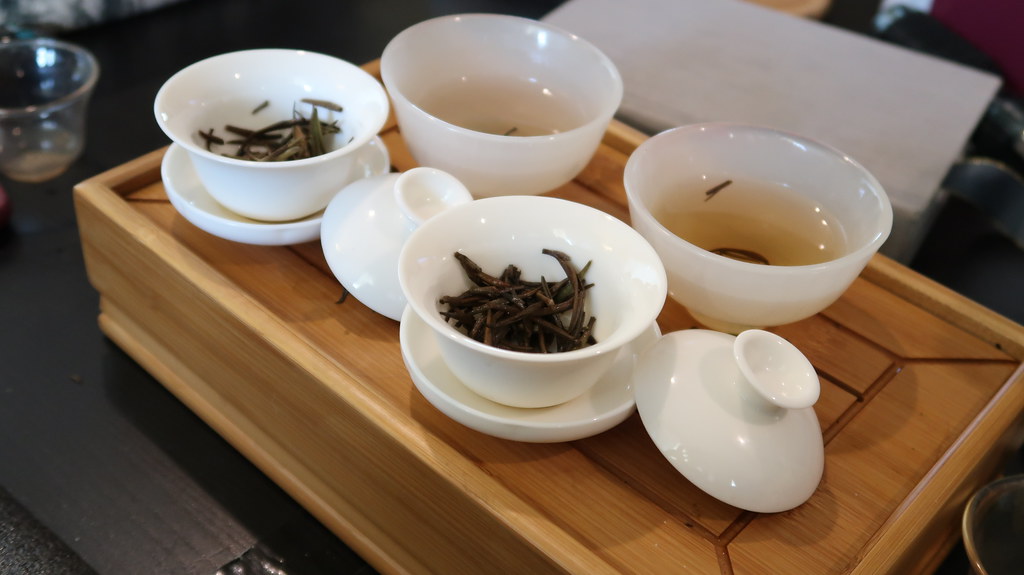 These two teas I decided to steep side-by-side. I’ve been enjoying side-by-side steepings in my mini-gaiwans, which are 60 ml each and work well for this kind of tasting. They were also fun during my recent tea gathering with friends. Also, the samples I was sent were rather small, so a smaller sized vessel was perfect to ensure I got the most out of my leaves. For each tea, I used one gram of leaves in a 60-ml gaiwan with water at 190F, rinsed briefly and then steeped for 30 seconds, one minute, two minutes, and three minutes.

The dry aroma of the Silver was peach and jasmine, with a little menthol, while the rinsed leaf had aromas of smoke and mugwort. The dry aroma of the Gold was spruce and cypress with a smoke aroma on the rinsed leaf. The first steeping revealed a floral aroma and jasmine flavor from the Silver and a fruity aroma and honey-sweet flavor from the Gold. The second steeping, the Silver was floral and peachy while the Gold had flavors of honey and apricot. By the fourth steeping, both had given up most of their flavor.

Stay tuned in coming weeks to hear my thoughts on the rest of the samples I received from Lumbini Tea Valley!

NB: I was sent these samples free of charge from Lumbini Tea Company in exchange for giving my honest thoughts about them. For more information about my tea tasting posts, read why I’ve switched from reviewing to tasting notes. Please contact me if you are interested in collaboration or sponsorship.