Today I’m finishing off the third in my series of raw puerhs from Yunnan Sourcing’s “Intro to Puerh” sampler. This week’s tasting is of the set’s aged raw puerh, which is the 2002 Tai Lian “Kunming Tea Market Opening” Anniversary Cake. I was particularly excited to taste this teas because I’ve been intrigued by aging and the effects of aging on teas. Next, I want to try different years of the same tea, which I happen to have from Crimson Lotus. But on to this tasting. 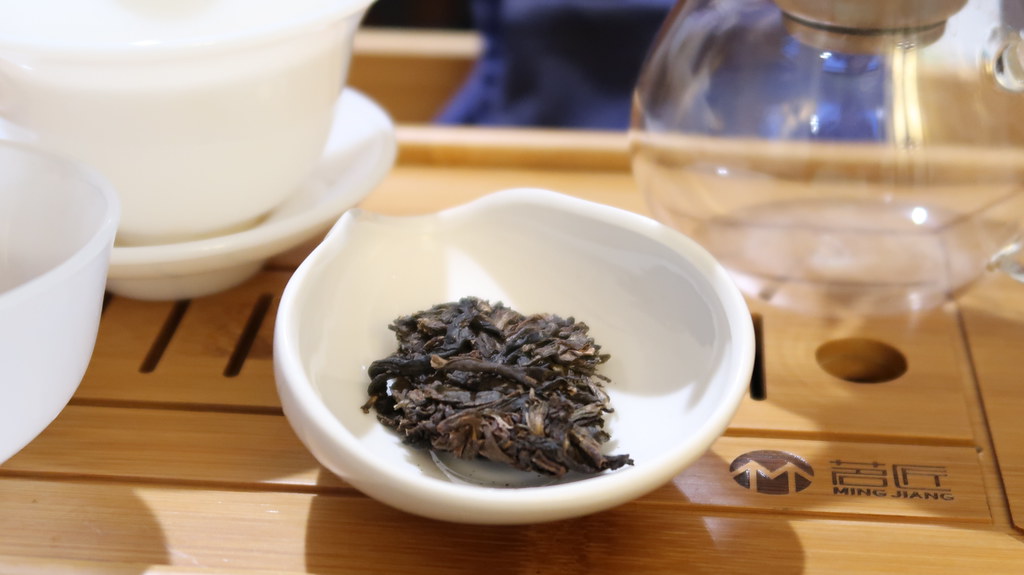 I used 7.5 grams in a 120-ml gaiwan with water at 190F. I noticed aromas of henna and caramelized sugar from the dry leaf. I rinsed it and then steeped eleven times, starting with a ten-second steeping and increasing by five seconds each steeping until the last three steepings, which were one minute, ninety seconds, and two minutes. After a rinse, I got aromas of smoke from the gaiwan lid and fruitcake from the wet leaf.

After the first steeping, the gaiwan lid had an almost Lapsang-level of smoke aroma and the wet leaf had a light smoky aroma and some sugar. The liquor was whisky colored and smelled of Islay whisky. It had a medium-light body with no dryness or bitterness and a light fruity flavor. The second steeping started to open up more, with both lid and leaf smelling of smoke and peat. The liquor was slightly darker with a prune aroma. It was still a medium-light mouthfeel with a bit more dryness and the bitterness started coming through. It was a citrus-peel bitterness. The steeping reminded me of fruitcake soaked in good whisky.

By the third steeping, the leaf had started to smell a bit greener, though the lid was still smoky. The liquor was a darker amber color with a smoky aroma. There was more citrus peel bitterness and I noticed the smoke coming through in the flavor more. I could feel some sort of body sensation but couldn’t quite put my finger on what. The fourth steeping brought less smokiness and more fruitcake into the aroma and I felt like the bitterness was evolving. By the fifth steeping, I was noticing a long sweetness behind the bitterness and the sixth steeping brought an interesting bright astringency.

The seventh steeping felt like it had mellowed. I wrote that it’s “just kind of warm and cozy,” with a bright citrus peel flavor and a little tingle. On the eighth steeping, I noticed a bit of anise aroma and a tiny hint of maple in the flavor. I pushed it on the ninth, tenth, and eleventh steepings because I could tell the flavor was starting to fade, but I was still enjoying it. I noticed it mellow into a creamy mouthfeel with flavors of sweet fruits. The tenth steeping had a lovely viscosity to the mouthfeel and a sugar sweetness, but by the eleventh steeping it was obviously done. 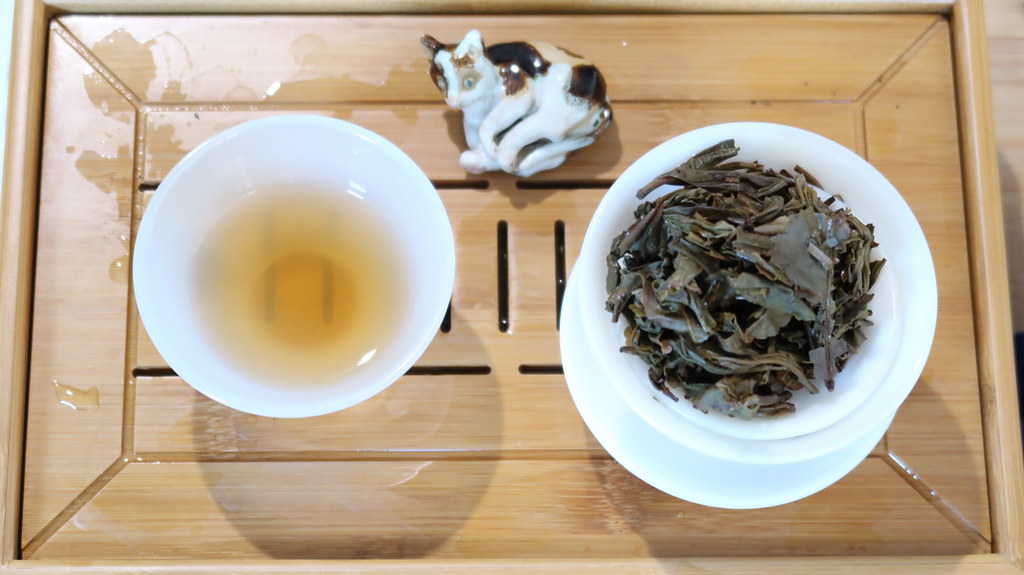 The spent leaves show a slightly varied color, ranging from olive green to tan, with more broken leaves. I found this tea very interesting and I’m really curious to try it again in silver.