Be sure to check out my giveaway on Instagram, where I’m giving away one of Nazanin’s lovely pomegranate gaiwan pins!

This past weekend, I was lucky enough to finally find the time to meet up with my friend Nazanin from Tea Thoughts. We’d been meaning to meet for tea at a tea house in Washington, D.C. called Ching Ching Cha for a while, so when we both had time this weekend, we jumped at the opportunity. It’s such a unique space, both as a business and the space itself. 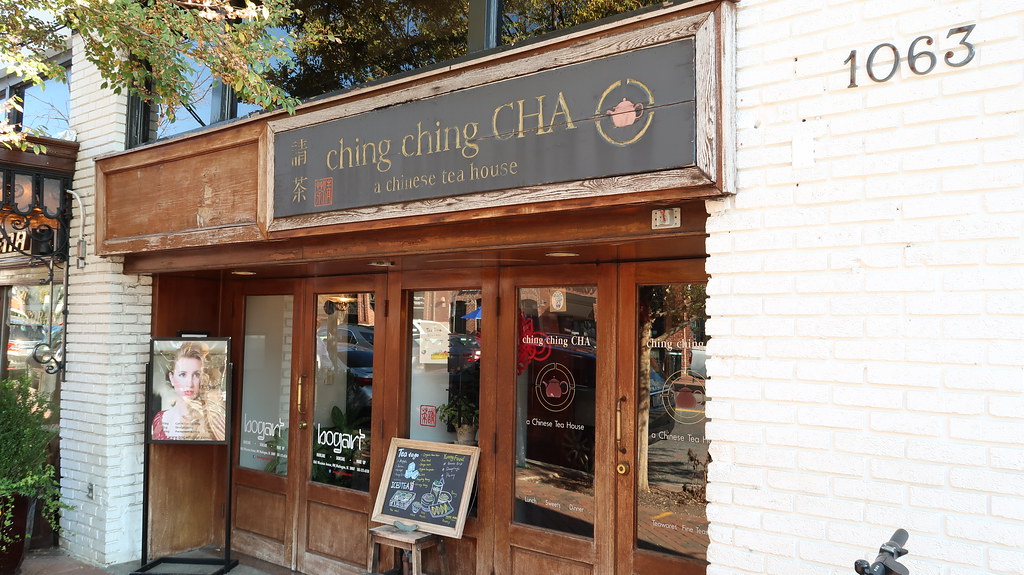 Ching Ching Cha is on Wisconsin Ave. in Georgetown just next to one of the crossings of the C & O Canal. The storefront is shared with a salon upstairs and is rather unassuming. In fact, from the outside, it looks quite dark, and the only sign that there’s a delicious tea house inside is the small chalkboard of specials. When you walk in, there is a corridor with benches that leads into a row of teas and books for sale, and then you turn to see the tea room and the rest of the shop. 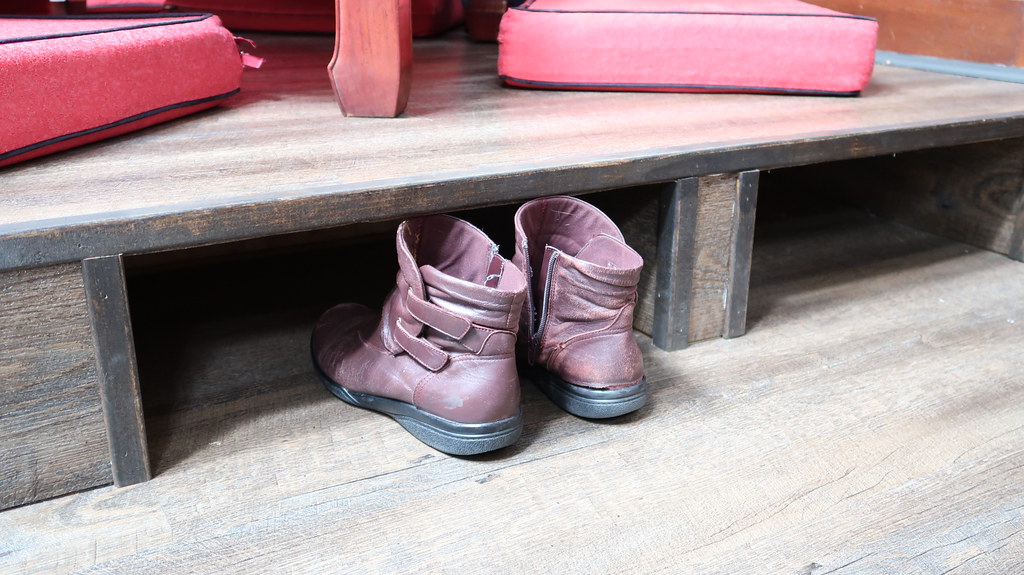 The first thing you notice when you get into the tea house properly is how much natural light it gets. The building has a large skylight to provide entirely natural light in the main area. On one side of the shop is a platform with two low tables and cushions. You’re supposed to take your shoes off before stepping up onto the platforms, so it stays clean. There are also about eight additional tables with chairs. It is small and gets busy quickly, at least on a weekend, so I was glad we showed up right when they opened at 11 a.m. 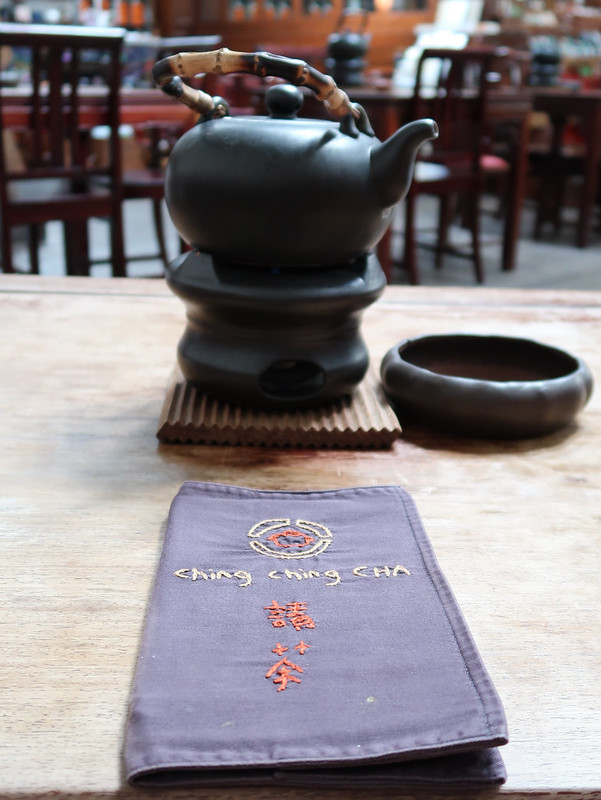 Each table has a traditional burner with a pot of water over it. The water stays very hot and is replenished by the wait staff so you can refill your own tea as much as you want. We looked at the menu and each decided on a tea. We both got oolong. Mine was a greener rolled Alishan oolong, while Nazanin got a roasted Phoenix oolong. They both came on a draining tea tray in a traditional clay pot. We were well-versed in the style of steeping, but we saw the staff showing others at the tea house how to steep the tea. 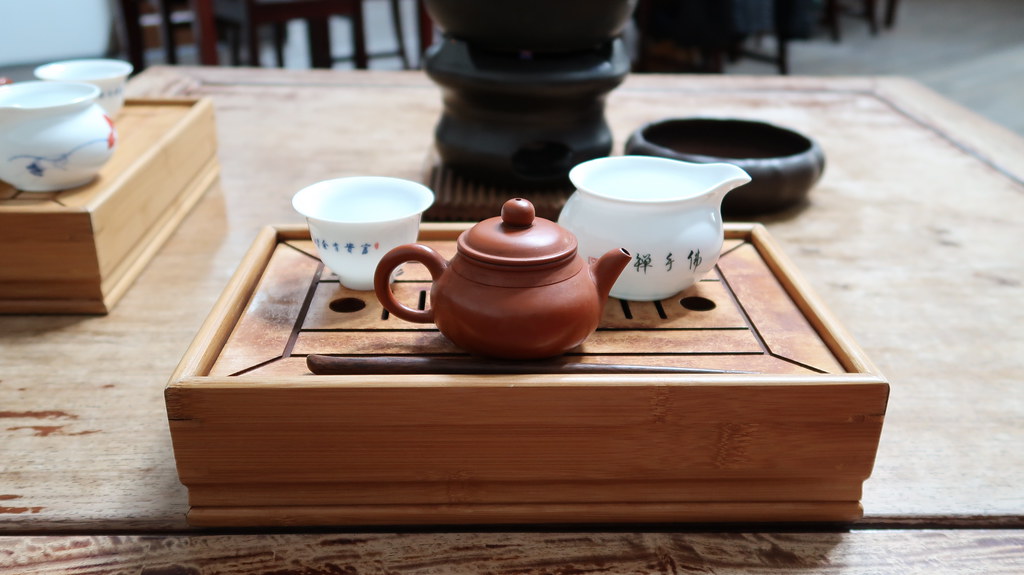 We also got several plates of shareable foods: dumplings, tea egg, curry puff, and some sweets. All the food was delicious and went wonderfully with the tea, but the tea remained the star of the show. 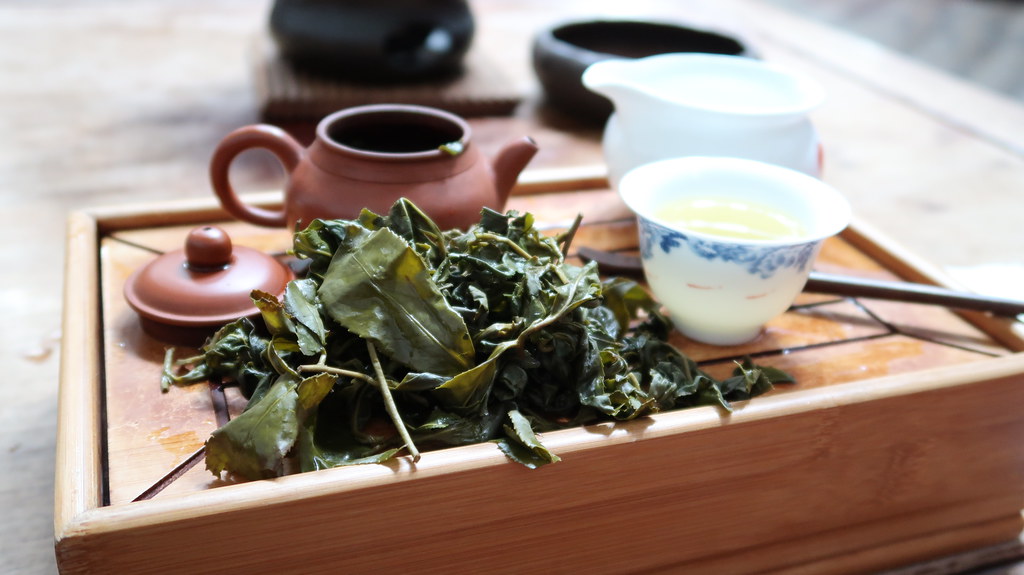 My Alishan was very delicate and creamy with a beautiful floral aroma and flavor. It had a silky mouthfeel and almost smelled like a milk oolong, but without the rich buttery notes. I lost count of how many times we steeped, but we sat there steeping and sipping and nibbling over the course of two hours. I had so much fun playing with the clay pot, since I’ve never used one before and I’ve wanted to buy one. 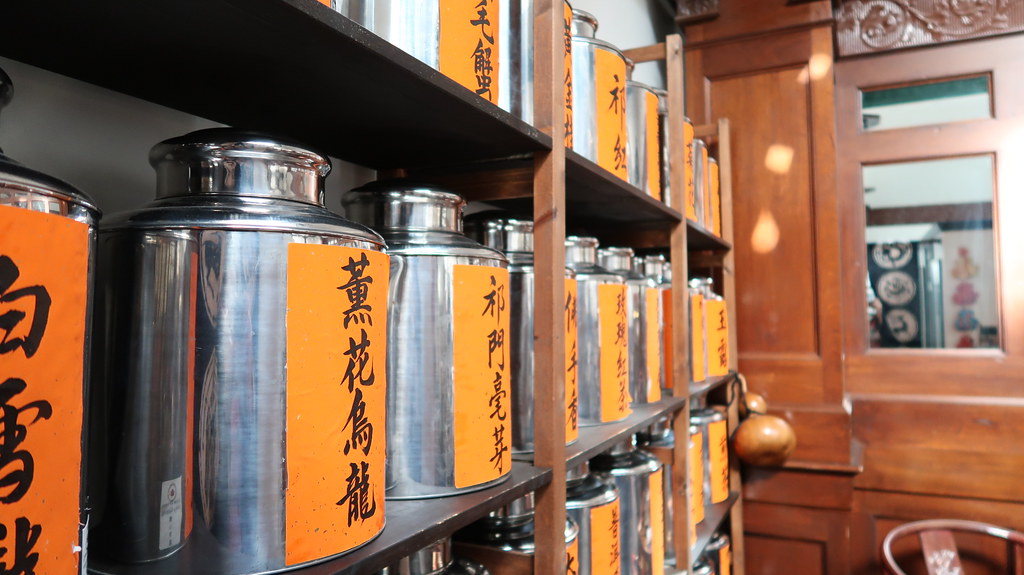 After we finished and it became clear that the tea was finally exhausted, we paid and moved into the store to browse. All of the teas that they have on the menu were available pre-packaged, though they also have big cans of them stored toward the back of the shop. They also have an impressive array of teaware, ranging in price from just a few dollars to several hundred. 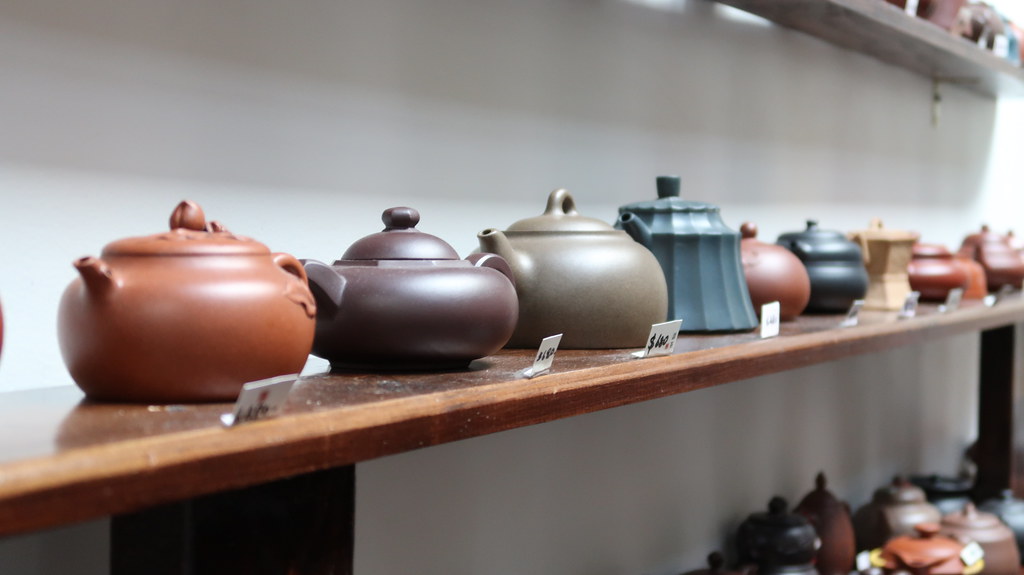 They also have tea trays for sale that are the same as the ones they use for their service in the tea house, so I bought one, since I no longer have a wooden deck to use as a giant tea tray. I also got a strainer for my sharing pitcher and a cake of pressed dried roses that smells amazing. It was a thoroughly enjoyable outing and one that I highly recommend to anyone who loves tea or knows a tea lover. I know I will be back again, hopefully soon!

One thought on “Outings: A Tea Date at Ching Ching Cha”