NB: The teas featured here were sent to me in exchange for review. All thoughts are my own.

Recently, I was fortunate enough to win a couple teas from Path of Cha on Instagram, and I was thoroughly enjoying them. About a month or so later, Angie from Path of Cha reached out and asked if I’d be interested in trying more and reviewing them on the blog, so I agreed readily. We discussed a bit and I mentioned how the cooling weather has me craving some darker oolongs and black teas, so they put together a couple of black and oolong teas for me to try. Less than a week later, I had my package in hand (similarly to how quickly my giveaway winnings arrived) and I’ve been enjoying trying them out. I suppose since I’ve finished one and I’m nearly finished with the other, it’s time to offer my review.

First of all, Path of Cha has fantastic service in terms of website and shipping. Their website is full of information for anyone at any point in their tea journey. I’ve enjoyed their blog and YouTube channel for a while, and the individual listings for each tea give a good amount of information, including little stories about each tea. They’re located in Brooklyn, NY, so it’s not surprising that the tea gets to me quite quickly. And shipping is free for orders over $40 and under $4 otherwise. But perhaps my favorite thing is that they obviously personalize the instructions on each package. Each package has a suggested water temperature, and parameters for brewing Western style and gong fu style. They don’t make any judgments on how you enjoy your tea. 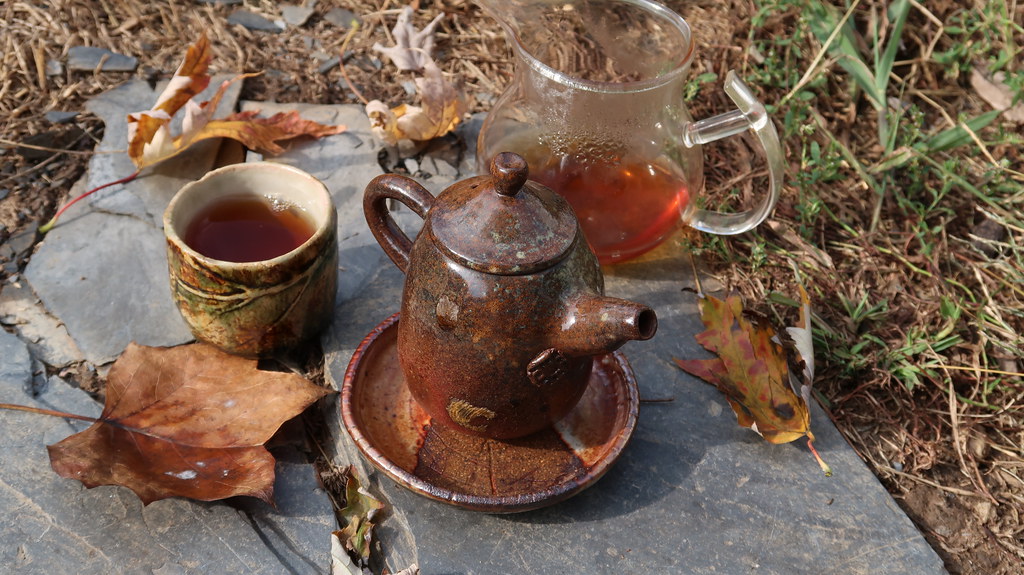 “Golden Monkey” Jin Hou Black Tea: This is a classic Chinese black tea, and the Path of Cha version is a delightful representation of it. I first tried this tea on a morning when I didn’t have time for a full tea session because we were meeting friends for a walk on a Saturday morning and I just needed something warm and caffeinated to put in a flask. It certainly fit that bill. I steeped it Western-style and had to pour it into the flask after just a few sips, and it held beautifully, warming me on an early morning walk around the garden.

When I had more time, I was able to explore it gong fu style and really taste the full development of flavors. I got chocolate and malt from the aroma of the dry leaf, which is curly and flecked with gold tips. The first infusion or so is mellow and delicate, with burnt sugar and honey in the aroma and malt and cereal in the flavor, but it expands into something very rich and round and perfect for cooler weather, with just enough astringency that you know you’re drinking black tea, but not so much that your mouth dries out or you feel the need to add anything to it. As the flavors develop, I get fruitcake and brandy, so I imagine this will work well into winter. It lasted about six steepings before the flavor started to fade, but it faded so slowly that I got another few steepings before it really felt spent.

It’s such a well-balanced tea that it works beautifully steeped grandpa-style. I’ve had plenty of mornings where I get up at 5:30, set the kettle before getting into the shower, and can make tea in less than a minute by chucking a couple grams into a mug and topping with water after I get out. Twenty-five grams of this tea sells for $10 on their website. 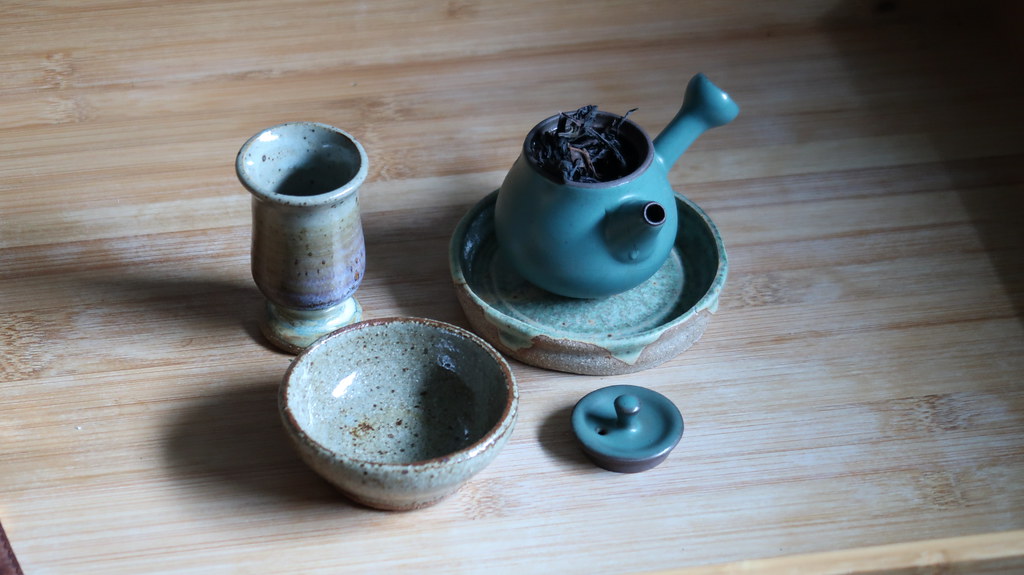 Organic “Big Red Robe” Da Hong Pao Oolong Tea: I first tried Da Hong Pao for my tea sessions inspired by the Crazy Rich Asians series, as it’s infamous as one of the most expensive teas in the world (when it comes from one of the original ancient trees). But non-ancient DHP is a delightful roasted oolong that doesn’t need to cost an arm and a leg. This one is only $14 for twenty-five grams.

I dove right into steeping this one gong fu style and was rewarded for my efforts. I went eight steepings with this and found each one a new experience. The aroma goes from caramel and biscuits on the dry leaf to a mineraly, almost peaty aroma on the wet leaf after a few steepings. The empty cup aroma has intense vanilla and pipe tobacco notes, with the roast and smokiness coming through later on. And the flavor is sweet and bright to begin, with the roast coming through later, but never with that old-coffee-grounds flavor that some over-roasted oolongs get. This stays smoky and with notes of bitter chocolate and sweetness. I don’t normally think of oolong as a tea with a lot of cha qi, but I definitely felt something after several steepings of this.

This one is also beautiful grandpa-style, though the complex flavors all kind of blend together, so I tried to stop myself from using this all up in the early mornings. But it’s rich and satisfying and just feels like sitting in front of a low fire with a soft cashmere blanket when I drink it. In fact, when a colleague offered me some caramel apple tea because she thought it tastes like fall, I decided to offer her some of this because this is what I think fall tastes like. I’ve hoarded it a bit, but I’m likely to finish it off this week, and I’m almost certain to buy some more.