As my Instagram followers may know, I have a varied collection of teaware from around the world, in many different styles. I’ve decided to start a series where I talk a little bit about the different styles of teaware I use, their history, and how I use them. 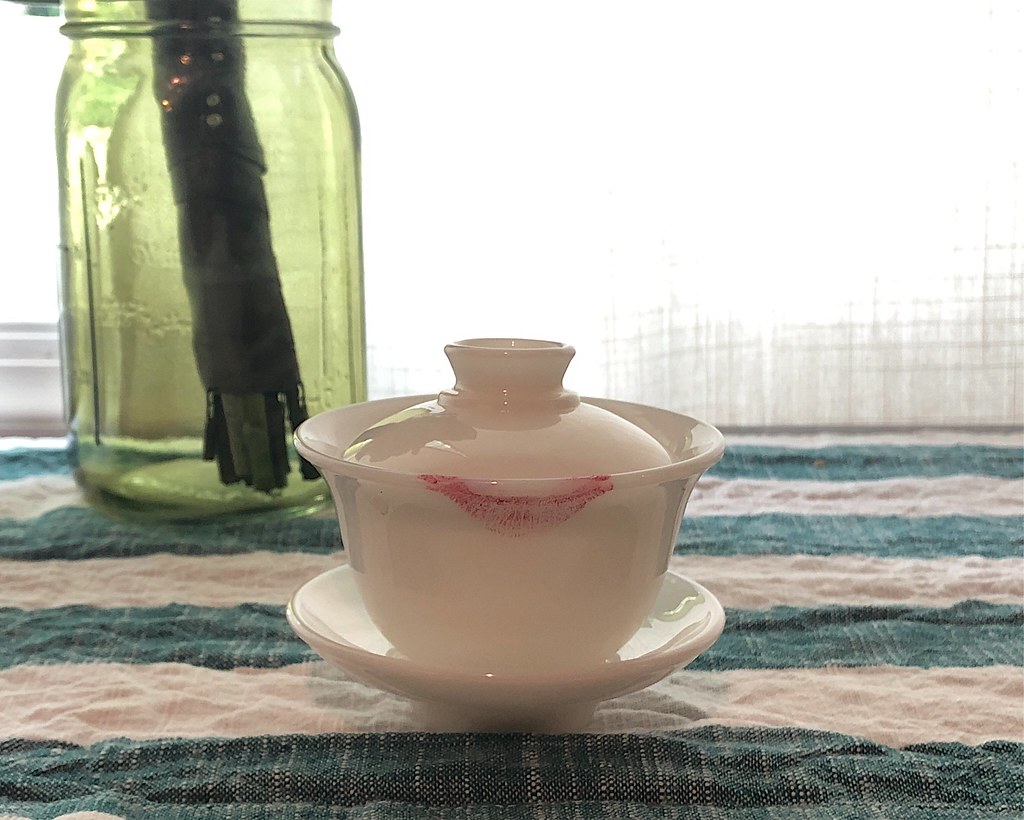 When I wrote my tea primer, the third “level” was the use of the gaiwan to brew tea using a technique called “gong fu cha,” or “tea with great skill.” In modern times, the use of the gaiwan of a brewing vessel, from which the tea is decanted into serving vessels, is taken largely for granted, but offhand comments of people on Reddit, as well as what I’ve seen on historical dramas, suggested to me that the gaiwan was originally used as a brewing and drinking vessel. Intrigued, I decided to do some digging and explore how the use of the gaiwan has changed over its history.

One of the seminal works on Chinese tea preparation is Lu Yu’s Classic of Tea (or Tea Classic), and yet this work makes no mention of the gaiwan, instead describing a method of preparing tea by whisking powdered tea in a tea bowl. It is believed that the gaiwan was developed during the Ming Dynasty. It’s not known exactly when the gaiwan began to be used, but it was a regular part of teaware in the early 18th century. Sadly, this means that the depictions of gaiwan that delighted me in the Yuan dynasty courts of Empress Ki were probably an anachronism.

The blog Tea Guardian offers this pictorial history of the gaiwan, which shows a vessel that is recognizable as our modern gaiwan, which dates to the early 18th century, though predecessor lidded bowls also exist. In a post on using the gaiwan as a cup, the article states that the Manchurians began using the gaiwan as a brewing and drinking vessel. They favored green and jasmine-scented green teas, which are brewed at a lower temperature, and can be easily drunk from the gaiwan before the tea steeps long enough to become unpleasant. Other sources suggest that this would have been an early form of tea cupping, where the tea is sipped throughout the steeping process in order to determine at what point the tea is to the drinker’s taste.

Armed with some research, I resolved to try drinking from the gaiwan. I chose a gaiwan with a deep saucer, and the tallest one I own, in order to  adhere to the suggestions in the post above. And I chose a Longjing tea, which was a favorite of the Qing Dynasty, when the gaiwan arose for certain. Drinking from a gaiwan is similar to drinking grandpa-style, though the smaller quantity of tea makes it easier to finish a cup of tea before it overbrews. There is a unique sense of both informality and ceremony in it, as the tea is not carefully timed, but the ritual of tilting and holding the lid, and carefully holding the cup by the saucer rather than touching any part of the bowl itself feels special. It is oddly one of my favorite ways to drink tea at my desk now.

And if the depiction in my favorite drama is anachronistic, I do still feel a bit like a fancy court lady.