It has been a while since I’ve done regular tea reviews on the blog, but I thought I’d share a bit of what I’ve been drinking. While I was pregnant, I got very into oolong teas, and that hasn’t changed as I’ve navigated motherhood. One of my favorite things about oolong is that it’s generally the easiest tea I’ve found to brew grandpa-style because the leaves are very big, and I don’t find most oolongs get particularly bitter or astringent if they sit for a while. So when my mom offered to pay for a tea subscription to go along with the gorgeous silver teapot she bought me for my birthday in March, I knew I would be going for oolong, despite the fact that it’s perhaps not the best suited for brewing in silver. 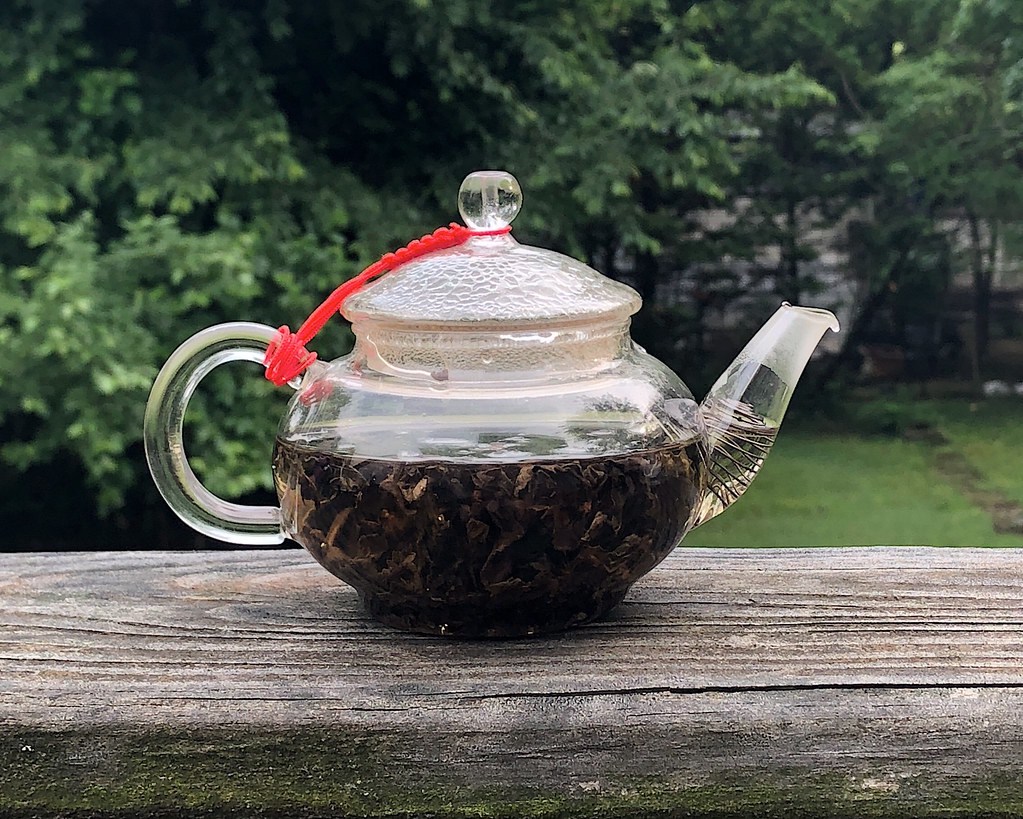 So I joined the Yunnan Sourcing Tea Club and got a subscription for their Oolong Tea Box. Now, after three months of the subscription, I decided to cancel, but that was mostly due to having to save space for my upcoming move (although a bit of it is that my tea tastes run very seasonally — in the future, I might write a post about my ideal tea subscription). But for three months, I enjoyed a monthly box of surprise oolong teas (yes, they post what each month’s box will be, but I didn’t usually look before I got my package).

Because I’m not reviewing specific months, I’m not going to focus on the specific teas I received. In the future, I might start filming tasting videos again and share some of them. But as a whole, the tea box was full of interesting teas, many of which were styles that I wouldn’t have tried on my own. I’d never really gotten into dan cong oolongs and at least one month featured them heavily. It also featured teas harvested within the last year, so it didn’t feel like I was getting overstock of teas that didn’t sell.

The amount was actually maybe a little more than I could get through, given that I didn’t always want to drink the teas from the boxes, but I think that if I ever wanted to exclusively drink teas from a subscription, this would be how I would do it. My original thought behind getting a subscription was just that — as a new mom, I didn’t spend as much time looking at interesting teas online, so having them picked out and sent to me worked well. But I was getting in excess of 100g of tea per month, which, given my immediate-postpartum consumption of just 2-3g of tea per day (grandpa-style), was more than enough to hold me. Now that I’ve gone back to regular gongfu sessions, I could probably get through 150g or so in a month.

Finally, I think one of the main complaints I hear about Yunnan Sourcing is that their selection is daunting. I get it. I pretty much only buy from them when I’m in the market for something pretty specific. But the upshot is that I don’t branch out quite as much. One of my favorite teas from them was a sample that Scott threw into an order. The tea subscription feels a lot like what would happen if you just asked Scott to send you something good each month.

So my bottom line is that if you’re a regular tea drinker, have a definitive favorite type of tea, and have decision fatigue, give the Yunnan Sourcing subscriptions a try. I imagine the “curated samplers” are similar in quality, for a one-off experience.

NB: While this subscription was given to me as a gift from a family member, I was not given any particular incentive to review it and all thoughts are my own.