(or “I’ve only ever tried supermarket tea bags”)

I want to start this section off by saying that there is not necessarily anything wrong with supermarket tea bags. I will even make myself a cuppa from a standard tea bag every now and then (usually when traveling). If what you’re after is a strong brew that can stand up to plenty of milk and sugar, standard tea bags might be the best thing for you. But they do not contain the best quality tea. And paying more for “fancy” tea bags is often not worth the money. 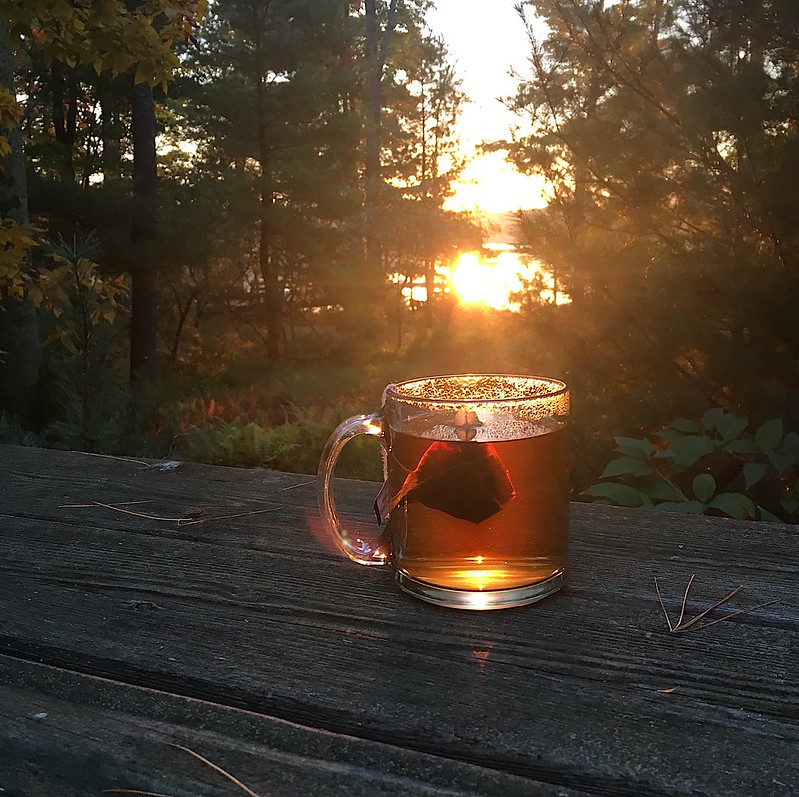 Generally, tea bags are filled with what are called “fannings.” In order to understand what these are and why they aren’t great, it’s necessary to explain a little about tea grading. In the British system of tea grading, teas are graded by leaf size and whole-ness. So basically, leaves are placed in a series of progressively finer sieves, where the larger full leaves sit at the top and the smaller leaves and broken bits fall to lower levels. At the bottom of this hierarchy are the fannings and dust, which are the lowest size grade of tea. Now, none of this takes into account the initial quality of the leaves being sorted, but in general, larger, whole leaves behave differently in water than more broken leaves, and these fannings are the lowest grade of that.

When tea leaves are broken up, the brewer begins to sacrifice control over the brewing process because more leaf surface is exposed to water, making flavorful compounds come out into the water faster. The problem comes because not all flavorful compounds are full of good flavors, and when you brew fannings, you will extract the less pleasant flavors with the good flavors more quickly. This can lead to an unpleasantly bitter or tannic cup of tea that is best covered with some dairy and sugar. These unpleasant flavors can also overpower the more delicate flavors in the tea.

So I’ve convinced you that tea bags are the worst and you want to stop using them. Well, not so fast. Most commercial tea bags sold in the supermarket are full of fannings and dust and don’t really exhibit much flavor nuance unless they have other flavorings added. But not all of them are so. And I recognize that not everyone wants to jump right into loose-leaf tea.

This is where full-leaf tea bags come in. These are tea bags, yes, but they are filled with higher-quality, whole tea leaves. Sometimes called “sachets” to differentiate them from standard tea bags, they are often made in a pyramid shape, so that the tea leaves have more room to expand as you steep them and they swell in the water, allowing for a better extraction of flavor without sacrificing control over the steep by breaking up the leaves.

One of my favorite brand of full-leaf tea bags is Rishi Tea. I purchased these to serve at my wedding and it’s what I carry with me when I travel. They have a nice variety of teas and herbals available in pyramid-shaped bags, and can give the tea novice a nice introduction to the world of teas, though most of their bagged teas are flavored in some way. That said, they have one type of unflavored black tea and two types of standard, unflavored green tea available in sachets (plus their Matcha Gyokuro, which might be a bit odd for a novice tea-drinker – I’ll talk more about matcha in a future post!).

Another brand that offers tea bags is Harney & Sons. Again, many of their bagged offerings are flavored, but they have a decent selection of pure teas, for those just getting started. I also like Mighty Leaf Tea sachets, which are large but not pyramid-shaped. They offer a hojicha roasted Japanese green tea in a bag that would be great to try, particularly if you’re a fan of roasted flavors. Additionally, Teatulia offers a variety of bagged whole-leaf teas, including unflavored offerings of black, white, green, and oolong teas.

If you’re keen to try pu-erh tea and want to stick with bags, Teavivre offers bagged pu-erh teas. They offer a plain ripe (shu) and raw (sheng) pu-erh, as well as varieties flavored with rose, chrysanthemum, or rice. For more variety of oolong teas, my friend Nazanin of Tea Thoughts found some high-quality bagged oolong tea from Esteemed Tea Co. for her “Steep It Real” tea gift box. One thing to note with these oolong teas is that they are all unflavored and the “honey” oolong refers to the natural honey aroma that occurs in some types of oolong tea.

Of course, you may want to try some of those flavored teas. I would highly recommend you start with more traditional flavorings and leave the blueberry-vanilla-mango tea for a bit later on in your tea explorations. Traditional flavorings are things like Earl Grey, which is a good black tea scented with bergamot, or masala chai, an Indian blend of black tea with spices like cinnamon, cardamom, black pepper, and ginger. For green teas, I like jasmine green tea, though it can be difficult to find a tea that isn’t cloyingly floral-scented. Other classic flavorings for teas are rice (such as in genmaicha green tea, which is often served in sushi restaurants) and chrysanthemum. For my wedding, since they are generally crowd-pleasing, I served Earl Grey and Jasmine Green teas from Rishi Teas. But it is a good idea to get a variety of pure, unflavored teas to get an idea of what the teas themselves taste like.

Now that you have the tea bags, what do you do with them? Well, in order to make tea, you need tea leaves and water. In most cases, people generally prefer to have some way of removing the tea leaves from the water after the tea is brewed. In the case of a tea bag, the removal of leaves is trivial, so all you need is a cup of some sort in which to brew your tea, along with water of the appropriate temperature.

So with bagged tea, the things you can control are the tea bags you choose, how much water you put in, the temperature of the water, and how long you leave the tea in the water. All of these will affect your final brew, although it’s not always about better or worse. I think the first rule of tea is to make tea the way you like it. If you follow the instructions to the letter and you don’t like the result, try something a bit different.

One of the main questions I get asked is how I know what temperature at which to brew the tea. The short answer is that it depends on the tea. The longer answer is that more robust, oxidized teas tend to like hotter water, while more delicate, less-oxidized teas like cooler water. But, like all of these guidelines, they’re not set in stone. And you can fine-tune a tea by playing with water temperature alone a lot. Cooler water will extract the flavors more gently, and I’ve actually found that steeping a black tea that tends towards bitterness in a slightly cooler water will yield a smoother brew.

Okay, but what are the starting points? Well, black tea and ripe pu-erhs like full boiling water. Green and white teas will want water that is considerably cooled off from boiling, and oolongs will fall somewhere in the middle. After trying a tea at a given temperature, if the tea feels harsh, I’ll drop the temperature. If I feel I haven’t gotten enough flavor out of it, even after a long steeping, I might try hotter water. In the case of green teas in particular, sometimes too-hot water will yield a tea that tastes quite a bit of bitter, boiled spinach. Dropping the water temperature even more often helps. One thing that can be helpful to remember, if you’re watching your water boil, is this rough correspondence between temperature and bubble size in water.

But what exact temperature do you mean? Well, at this first level, I would say that precision might not be that important. In fact, when I first started out, I didn’t have a temperature-controlled kettle. I would boil my water and let it cool off to get under-boiling water. I would set a timer and let the water cool off for a bit, and if the resulting tea tasted off, I would let it cool off more next time. It’s imprecise, but for the new tea-drinker, just letting the water cool off from boiling, rather than chucking boiling water over your most delicate teas will already be an improvement.

The other part of the equation is how long your tea steeps. This will vary by the steeping method, but for tea bags, I’m assuming brewing will be done “Western-style,” which involves a relatively small amount of leaf brewed in a large-ish (8-12 oz.) vessel for minutes, rather than tens of second (oh, stay tuned for later posts for that). From there, try brewing your black teas for 3-5 minutes, your green and white teas for 2-4 minutes, and your oolongs for 3-4 minutes. Ripe pu-erh can go for five minutes or more because good pu-erh stays silky smooth even with the longest brew time and bad pu-erh will be horrible no matter what you do with it. Again, if something seems off, fiddle with the brewing time. Longer brewing times will yield stronger flavors and shorter brewing times will mellow odd flavors.

One final note about good-quality, full-leaf tea: It can and should be brewed more than once. Remember how I said that whole leaves allow flavors to be released over time? Well, that can mean even longer than a single brew. I always brew my full-leaf tea at least twice, with the second steeping getting 30 seconds to a minute longer than the first, for Western-style brewing. So save your tea bag in a little dish and make a second cup of tea with it when you’ve finished the first. You can even try brewing it again and again, until you feel you’ve gotten all the flavor out! So if you’re the type of person who drinks a few cups of tea per day, you might be able to get away with one tea bag for the whole day, which will help soften the blow of the cost of good-quality tea a bit.

The Brief Takeaway, Level One:

NB: All vendors mentioned in this post are vendors that I have used and liked, or that come recommended by those I trust, and I have received no compensation for recommending them.

One thought on “The Tea Primer: Level One”