I’ve returned to continue my Scottish adventures! One of the reasons I was excited to visit Scotland was because I love history and touring historical sites. And, as my readers may know, I’m also a bit of an actor, and one of my favorite playwrights is the immortal Bard of Avon, William Shakespeare. With that in mind, how could I pass up a visit to the castle that bears the name of one of his most infamous characters, the Thane of Cawdor, also known as the Scottish King, Macbeth? 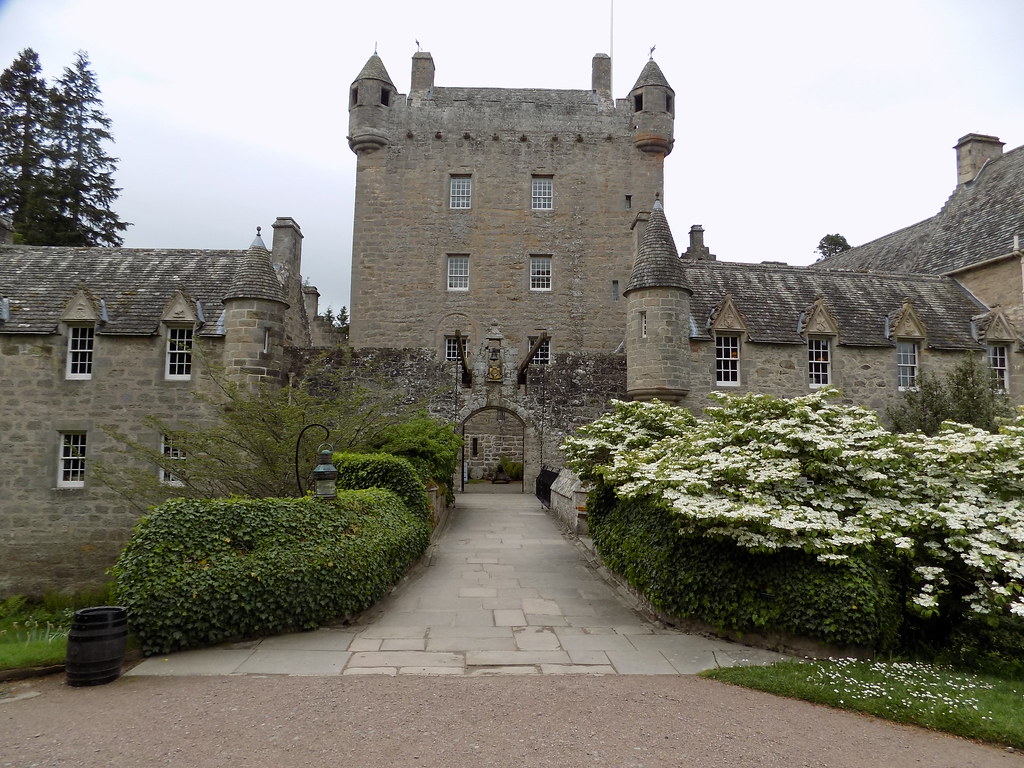 Of course, the real King Macbeth lived centuries before Cawdor Castle was built, but the seed was planted in my mind. Imagine my delight when I found out that Cawdor is not just an historical site, but also a working residence for the Dowager Countess Cawdor. So we got to see a castle that has both preserved its history and maintained its functionality. The castle was begun in the fifteenth century and passed from the Calder family to the Campbells in the 16th century. The current Earl of Cawdor is the Dowager Countess’ stepson and their feud over the family home is something of a tabloid sensation at times. But the castle itself and the grounds are lovely, showing the marks of both the history of the place and the personal style of the current Lady in residence. 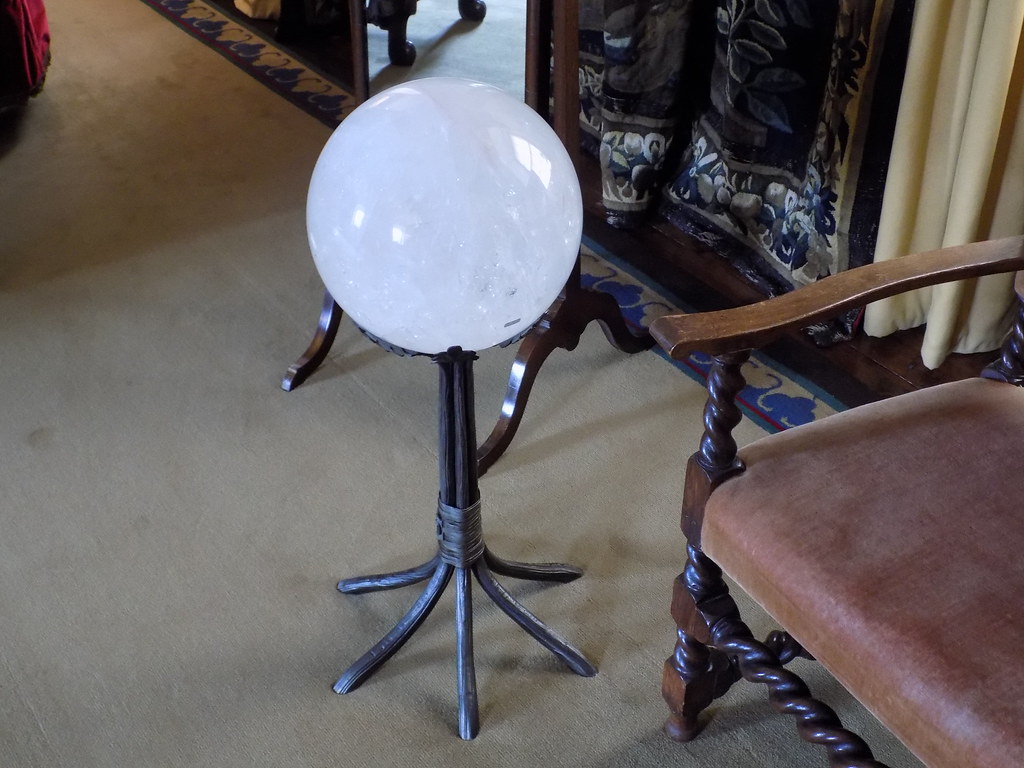 We went through the castle tour first, as we’d arrived just as they’d opened and wanted to avoid any crowds. Then, we took advantage of a sunny late morning and thoroughly explored the gardens and nature trails. The castle itself is stunning. Each room is not only impeccably decorated, but also has a sign that shows some mark of personality and wit in the description of each room. As we walked through the rooms, I noticed a particular theme of gemstone orbs as part of the decor. One in particular was set up in a bedroom on a stand, almost like a crystal ball. I was curious about it, since it almost seemed like a tongue-in-cheek reference to the witches of the Scottish play, so I asked a docent. Apparently, the Lady in residence has a particular interest in New Age philosophies and has heard that the orbs contain healing powers, which can help calm those who touch them. I remarked that I thought if I had visitors touring my home every day for the summer, I might want every option available to calm me down! 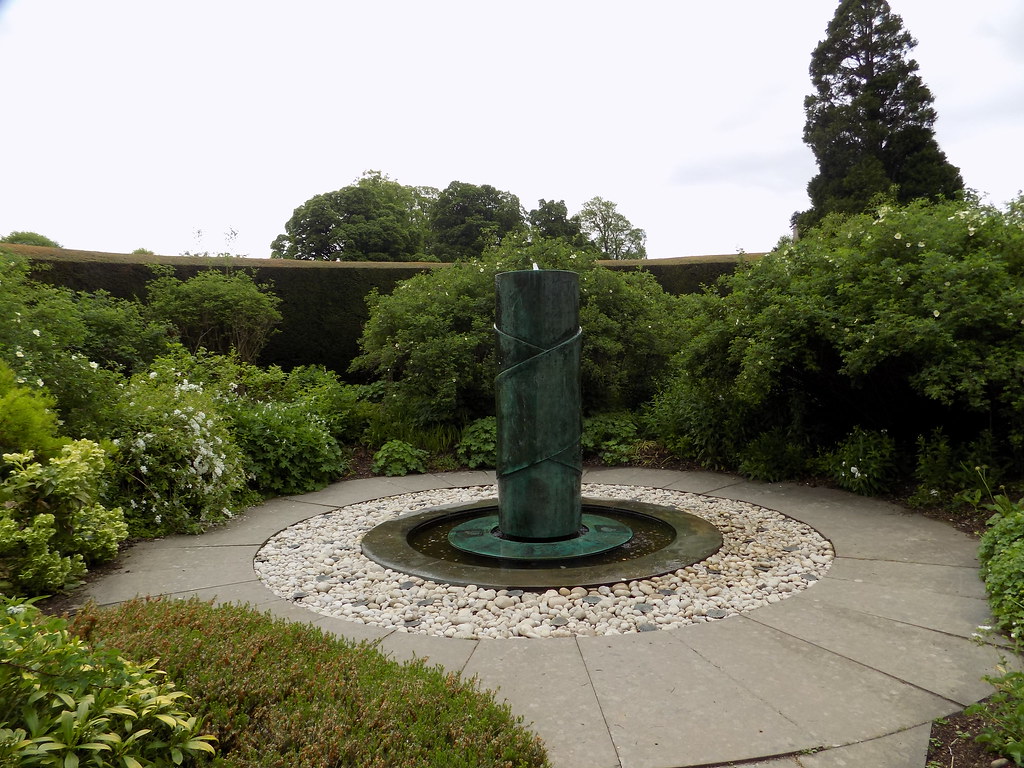 After finishing the tour of the castle, we wandered to the gardens. They are beautiful and well-maintained, but have enough roughness around the edges to feel like a real person’s gardens, and not a professional display. I overheard one of the gardeners talking and it seems we did not choose the absolute best time to visit, but there were plenty of beautiful flowers, as well as some hidden treasures. A large circular bush had a slit in one side, which kept the secret of a small courtyard with a fountain. The theme of orbs continued throughout the garden decor. And the walls of the garden crawled with sprawling, romantic vines. 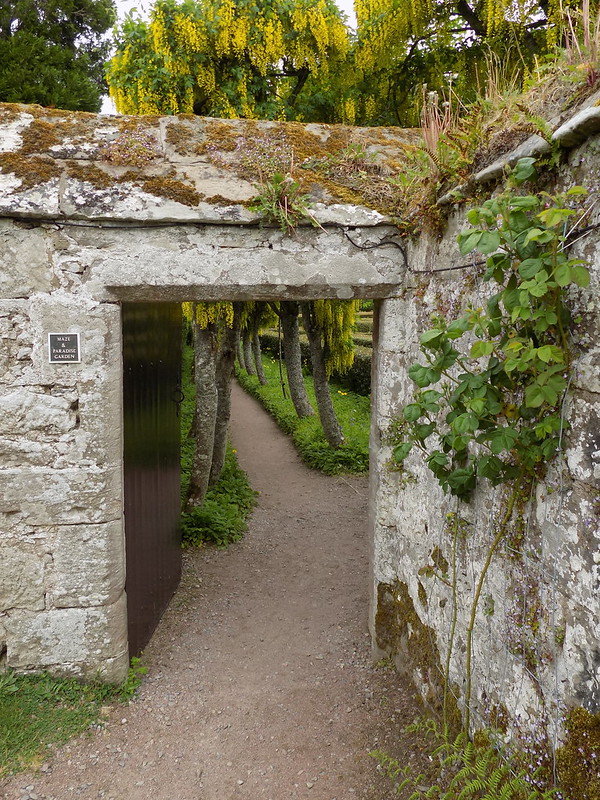 After a morning of exploring, we chose to have a bite to eat in the cafe, which offered up the standard fare we’d found at other attractions: homemade sandwiches, soup, cakes, and tea or coffee. After a sandwich and some tea (for me) and coffee (for Mr. Tweed), we bid goodbye to the lovely place.