This is a bit of an exciting outing post. You see, when I was a child, I remember a local museum having an exhibit where they recreated a Japanese tea house inside the museum. I wondered recently if the exhibit still existed, or if it was a temporary one, so I was looking around the internet. I did not find the exhibit, but I did find out that my city has its own tea ceremony association, the Chado Urasenke Tankokai Association of Washington, D.C., which holds weekly open houses by appointment.I decided to send them an email and see if they would make an appointment for me to come by, see their tea house, and learn more about the Japanese tea ceremony. I was fortunate enough that they not only invited me by, but also allowed me to take a few pictures to share with you. 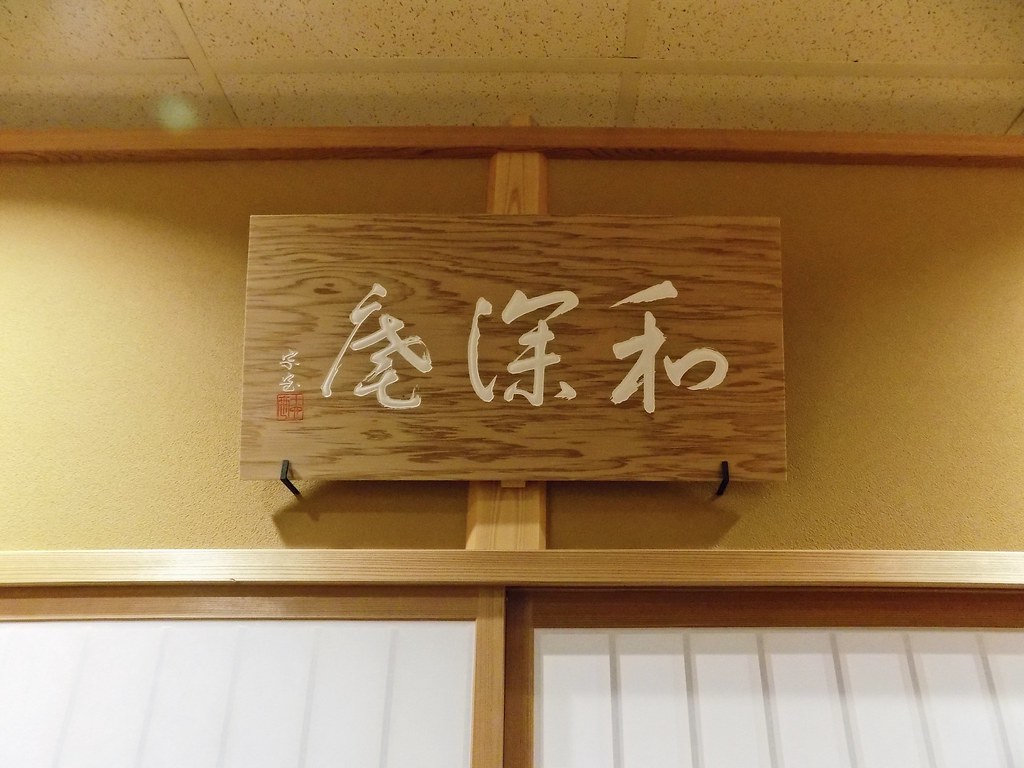 The tour began at the front door to the tea house, which is on the second floor of a rather unassuming office building downtown. My host, Mioko, opened the locking door and showed me the closet where I could trade my street shoes for house slippers and leave my purse safely out of the way. Then, she showed me into the tea lesson room. We both took off our house slippers to step up into the tea house, which consisted of two rooms: a six-tatami less formal room and an eight-tatami more formal room. The formal room had an alcove with a scroll and a small flower. Mioko explained that they can also open the divider between the two rooms to make a large formal room. 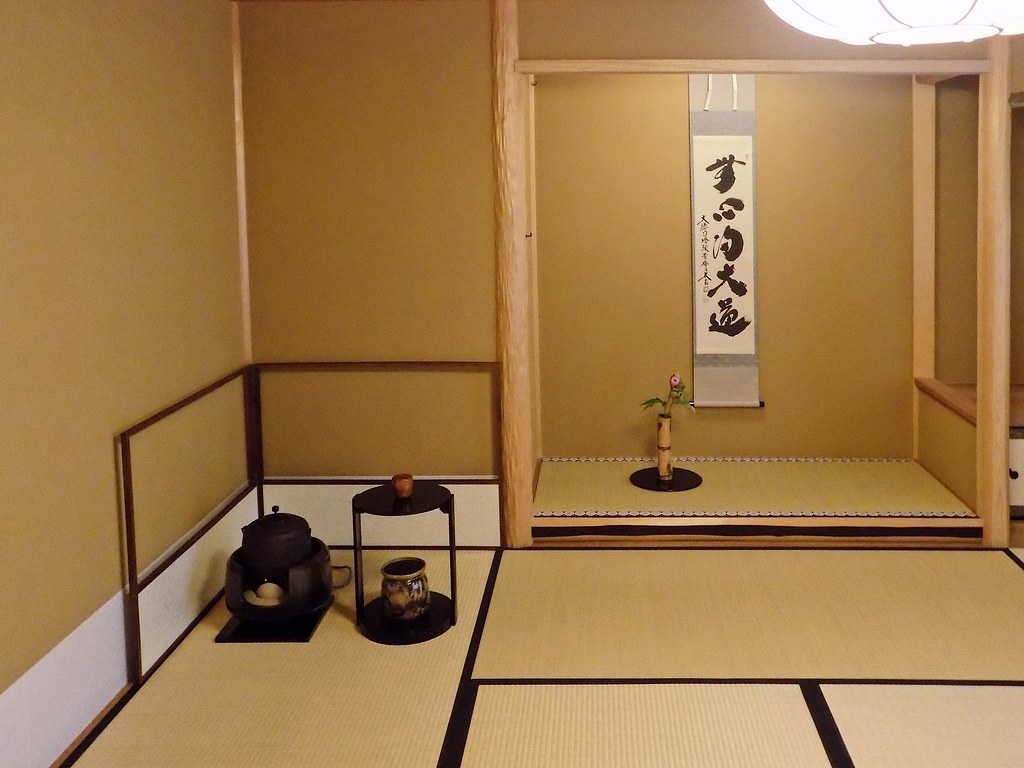 She showed me around the rooms and explained the significance of the various elements, from the recreated tea garden on the tea house’s balcony, to the particular clay color of the walls. Much of the design of the tea house comes from the preferences of the shogun at the time the Urasenke school’s master lived. After that, she showed me to the formal tea house and began the demonstration of the tea ceremony.

The ceremony began with the presentation of a tray of sweets, which I got to contemplate as Mioko returned to her preparation area to bring out the various elements of tea preparation: the tea bowl, whisk, scoop, linens, and a waste water bowl. She then performed a ritual cleansing of the tea canister and scoop with her cloth. Then, she invited me to have a sweet while she prepared the tea. I bit into the crispy biscuit on my paper, and then tried the pressed sugar confection, letting it melt on my tongue, while I watched her make the tea. 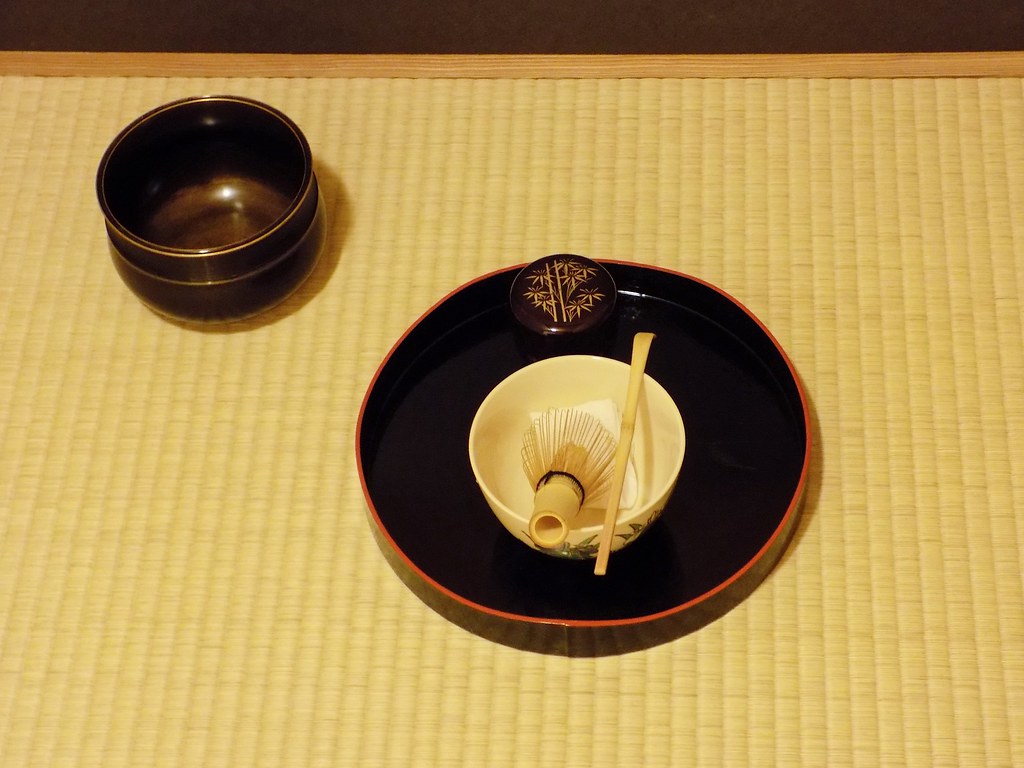 The idea behind the timing of the ceremony is to allow the guest just enough time that the sweetness of the confection is still in their mouth as the tea is served. Sure enough, just as the last bits of sugar melted, she presented me with my bowl of tea. I hadn’t mentioned that I drink matcha, so I think she was surprised that I enjoyed my tea. The matcha was very smooth, both in flavor and consistency. It was eye-opening to have a bowl prepared by a true master. It was also quite delicate and floral, with an umami flavor that melted into sweetness as an aftertaste. Truly excellent matcha.

After I finished my tea, she invited me to examine the tea canister and bamboo scoop, explaining the history and process used to make these items. The canister she used for the demonstration had a flower design that was once again a favorite of the shogun at the time of the master’s life in Kyoto. 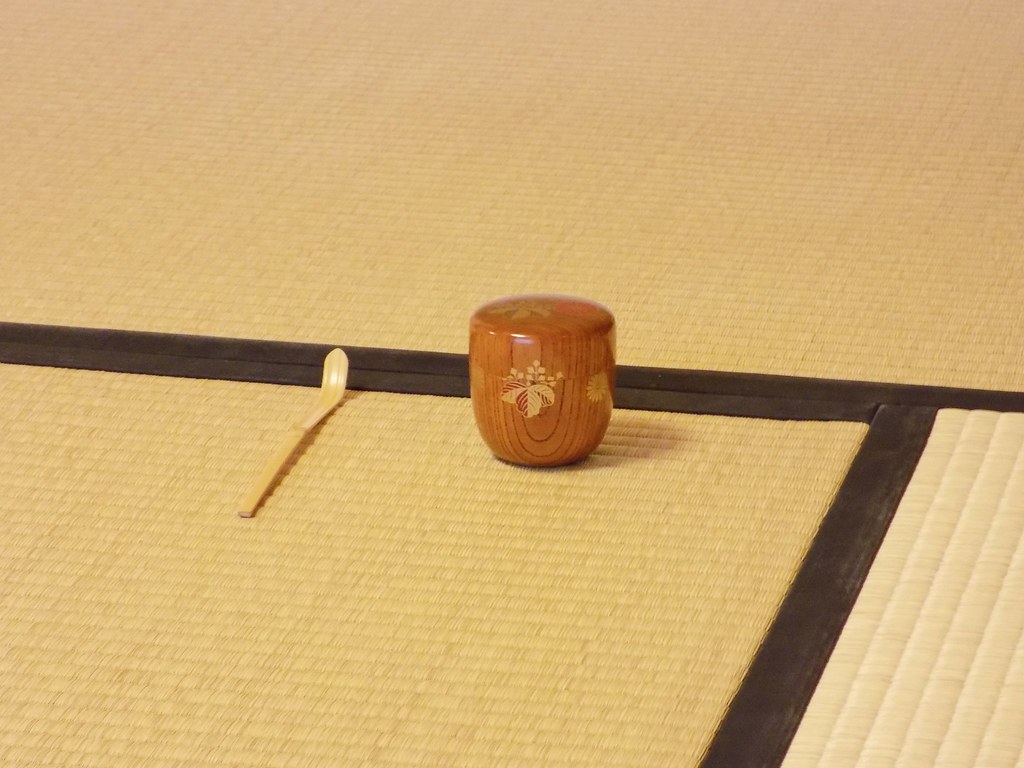 Once she had finished the demonstration, she invited me to try making a bowl myself. Of course, by this time, my feet were starting to get very sore from the sitting! But I endeavored to try the process. She had us move to the informal room, where a small tea kettle made it easier to serve the water without the elaborate ritual of using bamboo ladles. She also helped me set up my own tea equipment on a tray, making it easier to carry in and out of the room.

I won’t pretend my attempts were anything but humorous, but she was impressed with how quickly I picked up the particular method of folding the cloth used in the ritual, and how well I was able to create froth in my tea. After I made my bowl of tea, she suggested I switch back to playing the part of the guest so I could taste my own bowl of tea. After two bowls of matcha and the satisfaction of completing the elaborate ritual, I was exhilarated. 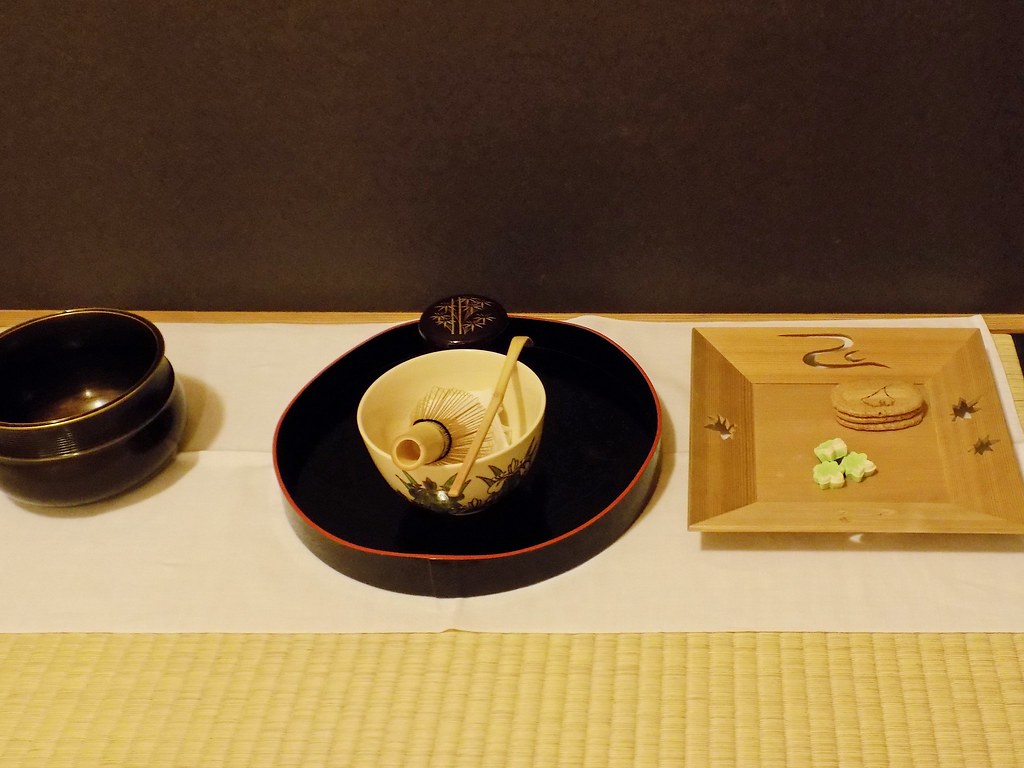 The whole experience took just under an hour and was a wealth of information, both about tea preparation, and about the context of the tea ceremony in Japanese history. What I found particularly interesting was the strong connection to the context of the time in which the master lived. Certain elements are admittedly due to the preference of the ruling shogun, not for any supposed mystical reason. I found it down to earth and refreshing. I also found Mioko a pleasant guide. It is always awkward for me to go places with the purpose of sharing them on the blog sometimes, and she helped put me at ease. If you’re in D. C. and curious about the tea ceremony, I would definitely recommend you email the association to make an appointment.