Recently, I heard an interview with Cristina Ricci on NPR about her new series following the life of Zelda Fitzgerald (née Sayre). The show is called Z: The Beginning of Everything and it is at least loosely based on the novel Z: A Novel of Selda Fitzgerald by Therese Anne Fowler. Now, as a lover of the cultural and fashion history of the 1920s, Zelda Fitzgerald has come up in my wanderings around the internet. She is often treated as an idolized figure of glamour and a kind of hedonistic debauchery, which is somewhat missing the point. Rather like a Great Gatsby themed wedding. 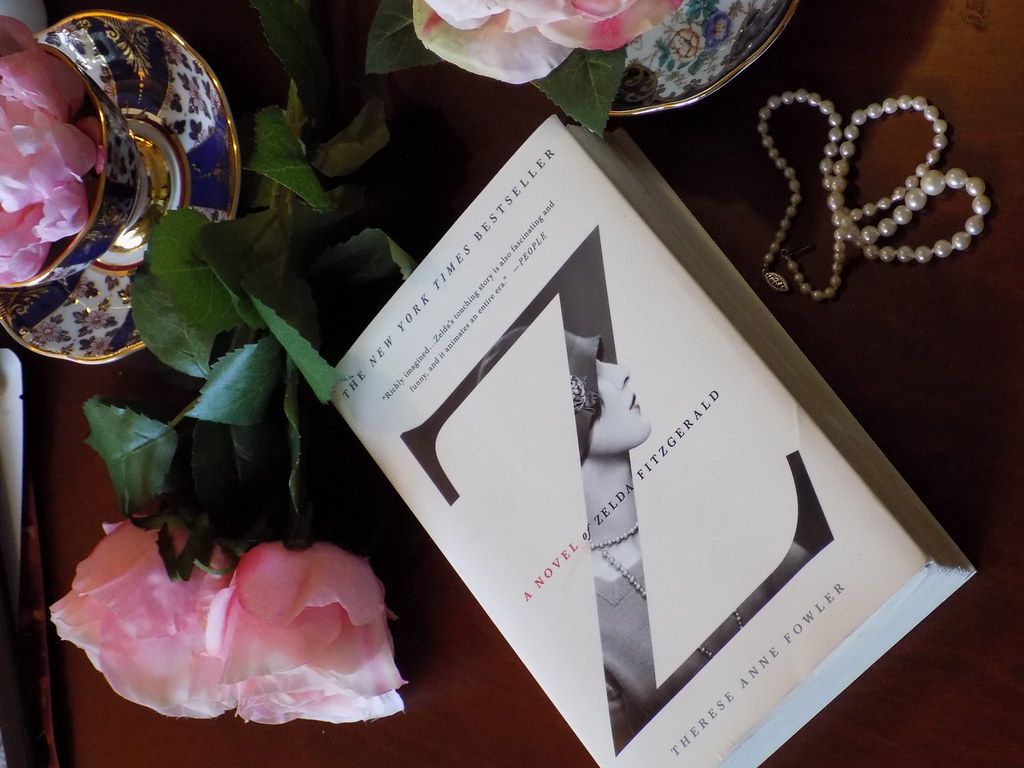 I had originally picked up the book for some light reading during a trip to Fiance’s parents’ lake house, but never really got very far in it. After watching the series, I picked it back up again, but was mildly struck with the inconsistencies between the two. Because the two works cannot be separated, I thought I ought to comment on both of them, though I’m focusing on the show, as I still haven’t finished the book.

The first thing that struck me about the show is that it opened up, in the pilot episode, on a shot of the burned-out hospital where Zelda met her untimely and tragic end. This is not taken from the book, though I appreciate how it highlights Zelda as a tragic figure rather than an aspirational one. But for the most part, the show glosses over the darker aspects of Zelda’s early life. For one, there are references to the abuse she suffered at Scott’s hands in the novelization, but those are absent from the first season of the show. The show also seems to suggest that Scott’s infidelity, shown only as a one-off, impulsive act on screen, is somehow partially Zelda’s fault for fueling his jealousy through her close relationship with his friend.

That bothered me a bit because history has made clear that Scott repeatedly and shamelessly cheated on his wife, as she did on him. I wonder how the show will treat her affairs in later seasons. And to bring in the figure of Scott’s friend, whose relationship with Zelda acts as the primary conflict between the two in the first season, and who did not seem to exist in history, somewhat lets him off the hook. And, of course, the glossing over of the physical abuse that Zelda endured at his hands paints less of a complete picture of the domestic life that led her to a series of stays in sanitoriums.

The one place the show does try to add drama is in the relationship between Zelda and her family. Unfortunately, the show injects drama where none exists in the book, which seems odd considering that they delete drama elsewhere. The show also gives Zelda somewhat more agency, moving the revelation that Scott has been using her diary for “inspiration” to an earlier point their lives. It almost seems like the show’s creators wanted to apologetically give her more agency than she ended up having in a life where a jealous, bitter, and abusive husband thwarted her attempts to make more of her life than being a society wife.

That said, I found the show enjoyable. The episodes are short, easily-digested bits of fluff, and the acting and characterization is superb. I was impressed with Ricci’s ability to communicate the naivete of a teenage and early-20s woman in the first season and I look forward to seeing what they do with the later seasons. I just wouldn’t recommend necessarily reading the book and expecting the series to follow it very closely at all.