NB: I was sent these masks by Naruko in return for writing a review, but all opinions are my own. My official statement about sponsorship offers is here.

A couple weeks ago, Rachel from Naruko offered to send me a few masks so that I could review them and see how I liked them. I’ve been intrigued by Naruko since seeing Jude’s posts on them, but I always got distracted by something shinier when I went to buy something from them. So I leapt at the opportunity. We had a little conversation about my skin type and concerns and one of the masks she suggested was the Raw Job’s Tears Supercritical CO2 Pore Minimizing and Brightening Mask. Say that one five times fast! 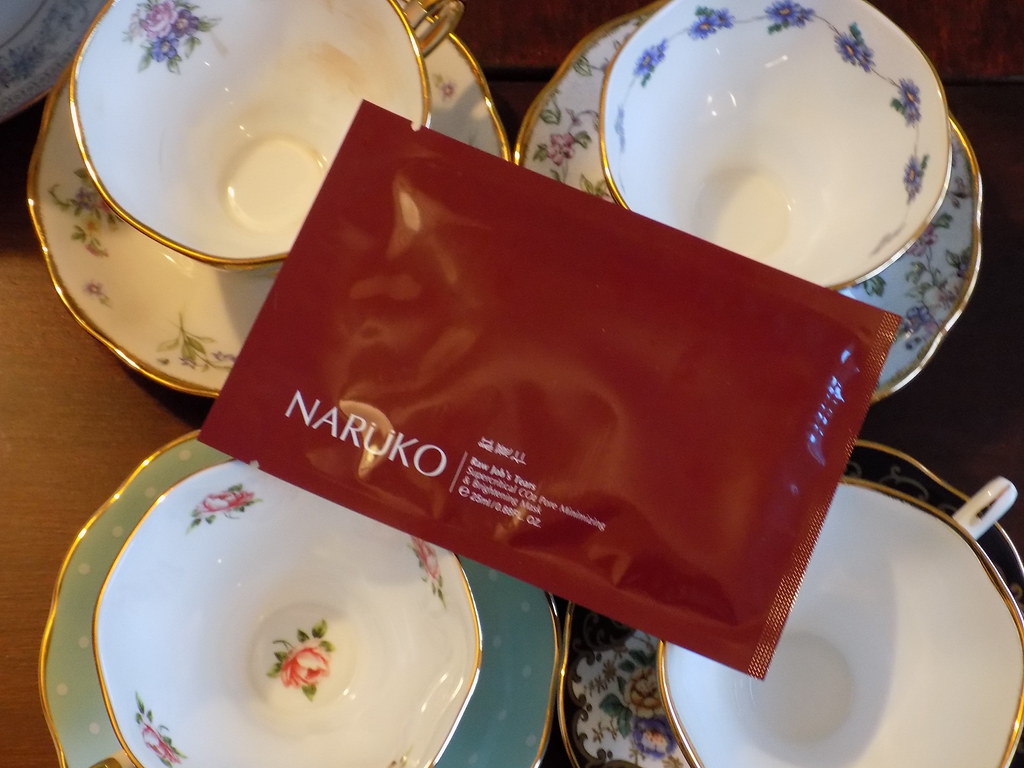 Naruko is a Taiwanese company, founded by the preternaturally youthful and attractive Niuer, which focuses on creating products of superior effectiveness and quality control. They also happen to have products in a variety of price ranges, and using both scientifically-studied ingredients and more traditional botanical ingredients. I was particularly drawn to them because of their various floral lines. In fact, I’ve been eyeing products from their Rose line for ages because, well, I just love anything rose. They even make a Rose cushion blush that might make its way into my cart in future.

Now, I received the masks in record time and they just happened to come at time when I was plagued with spots from a hormonal swing, as well as just general stress and poor health habits during tech week for Pygmalion. So I jumped right in and used one of these masks on the Sunday after our second weekend of shows, which happened to be the weekend we had had four shows, a positive marathon compared to my usual community theatre experience. I had a large spot sprouting on the side of my chin. I figured at the very least, the coolness of a mask would calm it down.

Well, the first mask I tried didn’t really do much except generally soothe and hydrate my skin, but when I tried it again later in the week, when the spot had had a little time to run its course, I noticed an immediate reduction of the appearance of the remnants of this spot. So it’s a nice effect. I used the third mask they sent last night because I was PMSing pretty hard core and expecting some spots to appear, but they haven’t yet. 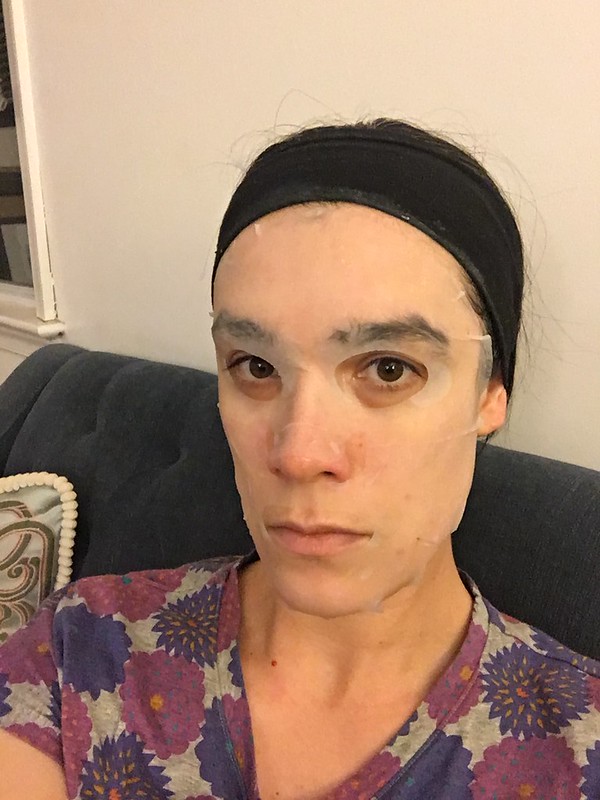 The essence is lightweight and not sticky and absorbs quickly after I’ve taken the mask off, but it stays pretty moist for 40 minutes or so. It smells lightly of apple juice to me, which is odd but not unpleasant. The fit isn’t bad — it basically fits my face with a little tenting around the bridge of the nose and gaps around the nose, but it’s stretchy enough to deal with the slightly small eye holes. All in all, a nice mask. I might repurchase this when I’ve run through my other stash of masks because it is nice for the occasional breakout. The pore care aspect of is something I usually rely on my Tosowoong Pure Propolis Mask for, but I find the essence in the Naruko Job’s Tears Mask to be lighter and possibly more in line with summer skin care.

This was a lovely introduction to Naruko, however, and I’m excited to try the other masks they’ve sent, as well as maybe branching out into the rest of their line.