As those of you who follow me on Instagram know, I have a bit of a reason for not blogging for a month.

Boyfriend is no longer Boyfriend. Instead, he is Fiancé. He asked me to marry him just before our vacation at the beginning of August. So I have spent the last month, yes, in Montreal for a week, but also in a flurry of preparation. Since we have just booked our venue, I hope I can calm down and devote mental energy to other things.

Just don’t bet on it.

In the meantime, here is the ring, in case you missed in on Instagram: 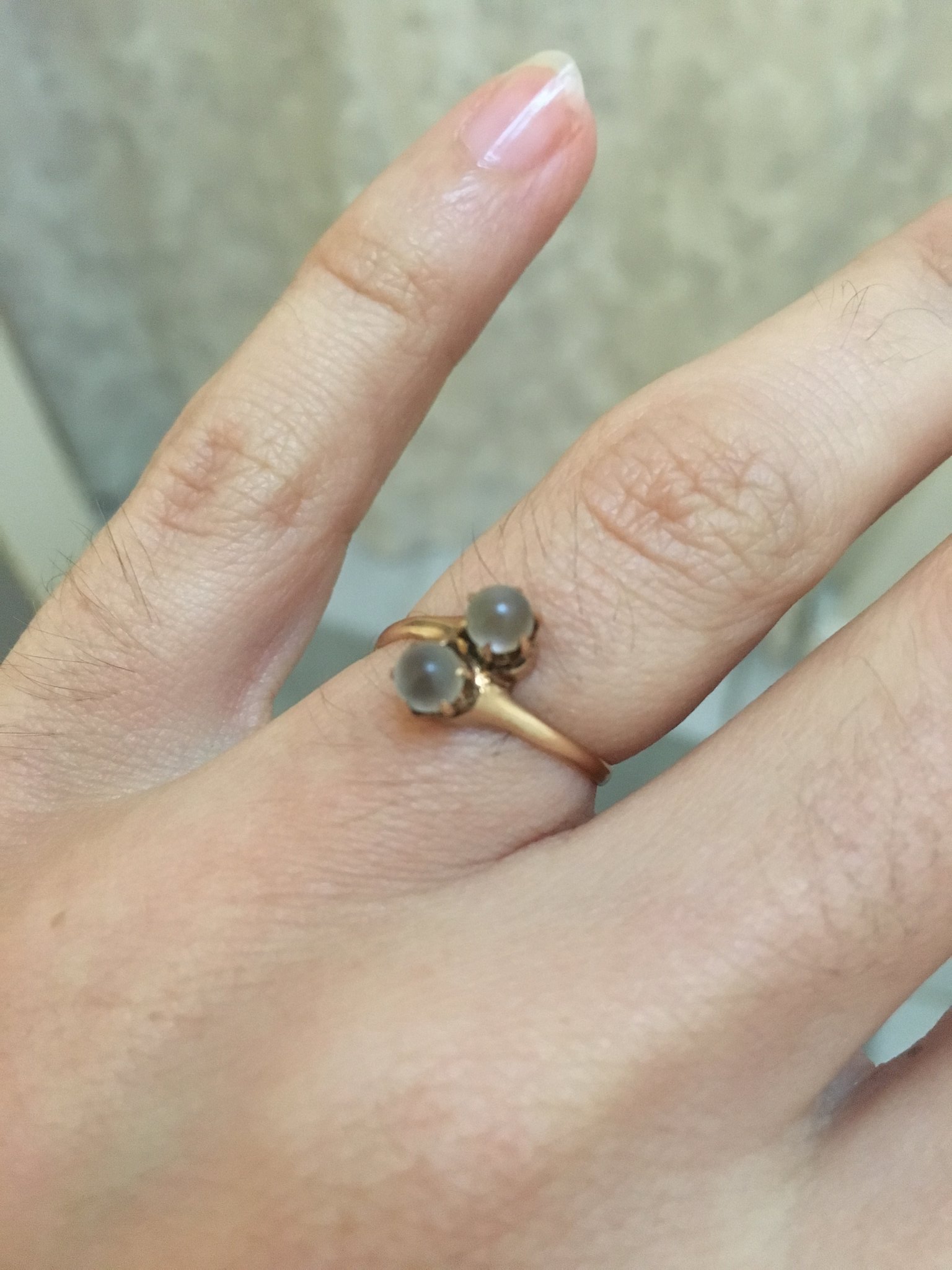 Because Fiancé knows me very well, he found a simple, vintage ring from the early 20th century in rosy gold with two moonstones, in a setting called “Toi et Moi,” or “You and Me.” It’s simple, lovely, and just a bit old-fashioned, while also seeming very different from many engagement rings I see so often.

So that’s what I’ve been doing for the last month. While I still have plenty of planning yet to do, hopefully, I find some time to update this space a bit more regularly.