I hinted at a new craft project I’ve taken up in my last post, but I didn’t give any details. Well, here’s the big reveal: 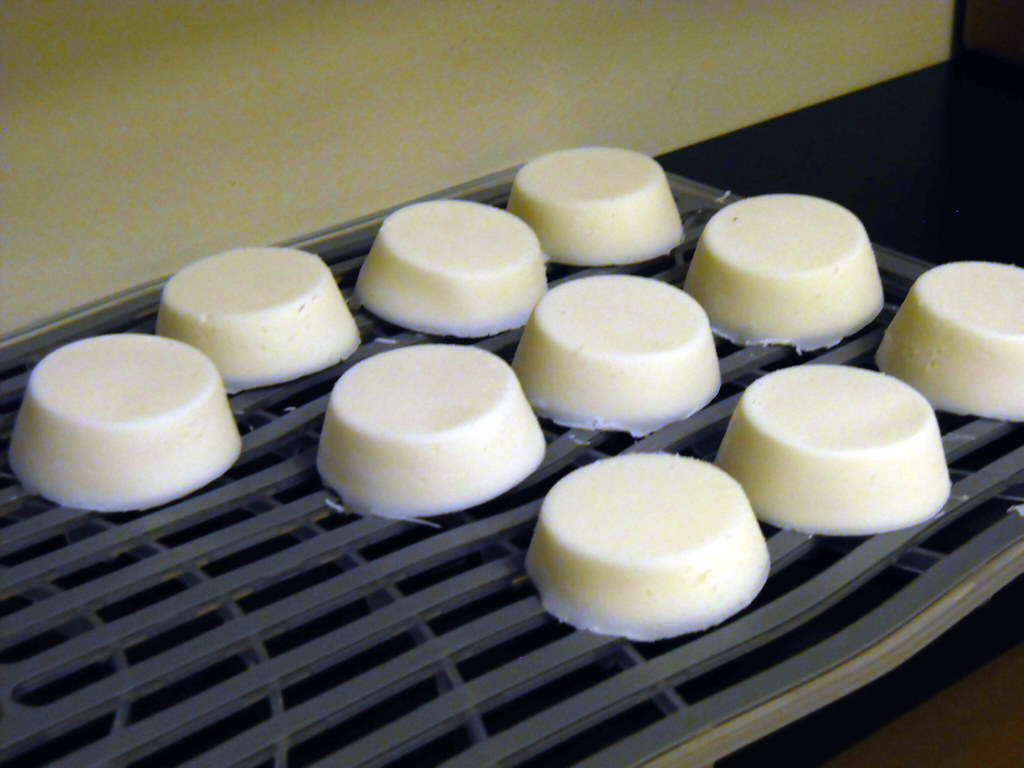 Last week, I made my first batch of cold-process soap!

I’ve been interested in soap-making for years now, but never took the plunge. At first, I wanted to make an unscented olive oil soap for a family member who had very sensitive skin. But as the years went on, I’ve realized that some of the best fats for soap-making are the local, traditional animal fats I can get from farmers around me. Of course, this appealed to my vintage sensibilities and I’ve spent some time researching both vintage soap recipes and modern soap research.

That, coupled with my new attempts at all-natural hair and skin care, let me to more actively look up what I would need to start making bars of homemade soap using lard and tallow. Eventually, maybe I can make a bar of soap that serves all my showerly needs, hair and skin alike!

I started out with a basic recipe mostly based on lard, but with just enough coconut oil to provide nice lather and cleansing power. I had meant to try using tallow, but the store was out of it. I also made a bar with mostly olive oil and just enough coconut to provide lather to put away to cure for holiday gifts for those whose sensibilities might be offended by animal-based soaps.

Both recipes went smoothly, and I’ve just cut up the second batch yesterday. My first batch was a small, 1-lb. batch that I poured into silicone muffin cups to mold. They make very cute soaps. But I wanted something more traditional for gifts so I poured the soaps into a square silicone pan and cut it into rectangular bars.

I’m very excited about my new hobby, and hopefully will be able to test my new soaps on myself and Boyfriend in the next few weeks. And then, I have lots of other recipes planned, from a luxurious facial care bar, to a bar using sheep tallow! I’ll report back here with each and every batch, though.

2 thoughts on “A New Endeavor”